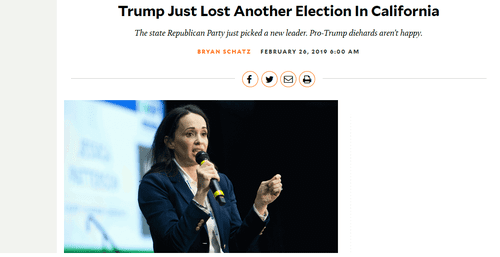 A California Reader Says That In California, Even The GOP Is Post-American

A Latina, an Asian immigrant, a gay man and a straight White male walk out of a California convention… 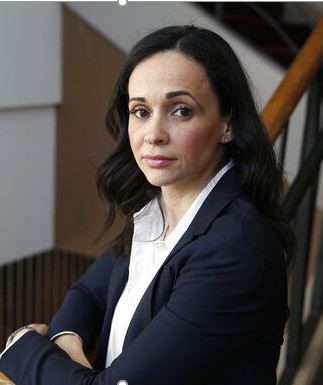 Schwarzenegger’s administration, who told the Los Angeles Times, “We’ve been a party that’s essentially got a face that is primarily white and male and old…It’s time we turn the party over to another generation and to some folks that look more like the rest of California.” (Pye & pals must have forgotten the Republican’s “Big Tent” movement 20+ years back that quickly became a Circus Tent without elephants.)

Begs the question: Will Whites need to apply face paint to slip into future CRP events?

How did Patterson get 54% of the delegate votes to populist conservative Travis Allen’s 31% and political commentator Steve Frank’s 15%? Some point to Patterson’s  organization California Trailblazers deep pockets which reportedly spent more than $150,000 to paying off campaign debts and cover convention costs in exchange for delegates’ votes. An 11th-hour hit piece targeting Allen hurt. But some Allen activists blame Frank for staying in a race he was clearly losing, then wasting valuable convention hours negotiating a hollow agreement to transfer delegates to Travis Allen on the second ballot…which never came.

What now? A formalized alliance of Frank’s and Allen’s conservative supporters could create a strong movement within—or outside of—California’s Republican Party. Or conservative Republican may simply #WalkAway.