From: Fidel Rivera [ Email him] 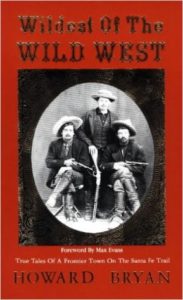 I am a 20th generation New Mexican. My ancestors came here in 1598. We made the first cattle drive, started the first ranches, we were the first ranchers, miners, mountain men, cowboys etc. in what is now the U.S.

You think the immigrants coming in now are disgusting? Read about when the whites started coming illegally to the west. Howard Bryan's book  Wildest of the Wild West. It says the whites were killers, rapists, murderers, thieves and other scum. We know exactly how you feel about today's immigrants for that is how my ancestors felt about the whites in the 1800s.

James Fulford writes: Mr. Rivera's 20th generation unwillingness to be a loyal American is parallelled by the State Of New Mexico's inability to be prosperous in the American style.(New Mexico hovers around 50th out of the fifty states in poverty, etc.) This is not due to immigration—see below.

A 2007 post by Steve Sailer  The Results Of 159 Years Of Hispanic Assimilation In New Mexico (dated from the Mexican War, and now at 169 years) said that

the pervasive, unchanging mediocrity of New Mexico sheds important light on the issue of the day, immigration.

Despite being one of the four border states, there is remarkably little immigration from Old Mexico into New Mexico. Why not? In large part, because it's already filled with Latinos, many of who trace their ancestry in New Mexico back before the U.S. seized it in the Mexican-American war. After 159 years in the United States of America, they still haven't much assimilated to American standards. What does that say about the prospects for assimilation of newcomers from Mexico?

You can see what Steve means.