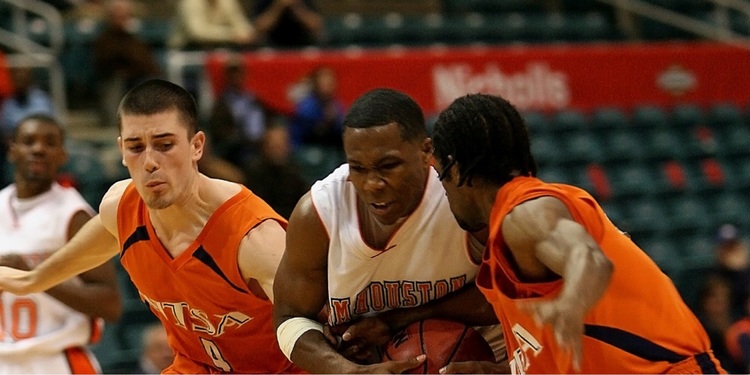 View from Lodi, CA: Not Crazy About March Madness

The NCAA men's basketball championships begin next week. Games will be played in cities all across the United States stretching from Buffalo, New York to Seattle, Washington.

Known as "March Madness," the tournament has grown from its beginning in 1939 as an eight team, five session event with an average attendance of 3,005 to a sixty-five team, multimillion dollar extravaganza that hosts 35 sessions on national television and plays to crowds that average over 20,000. Last year's championship game between Syracuse and Kansas drew 55,000 fans in the Louisiana Superdome.

Even sports fans that are indifferent to college basketball set aside the Monday night of the Championship game to watch the two surviving teams play on prime time for the national trophy.

During the three-week tournament, it's easy to forget about the truly sorry state of college basketball. For season after season, one scandal follows another.

This year is no different. On March 4, on the same page of the sport section, the New York Times published stories about two of the biggest disgraces in college basketball history.

According to the evidence presented to the NCAA, Georgia investigators found Harrick falsified the attendance records and progress reports of Tony Cole, Chris Daniels and Rashad Wright. Harrick told UGA counselors that the players had a perfect attendance record, and were making grades of "A" at the midpoint of the semester. But UGA's investigation determined that the players never attended class after the first day, and none took the mandatory "final exam."

Stories involving academic fraud, recruiting violations, steroids and sexual abuse are so routine, they are relegated to the sports page and sports talk shows.

But both incidents are enormous embarrassments to the legitimate students and faculty at St. John's and Georgia.

One of the biggest college basketball scandals occurred during an era commonly remembered as innocent. Such was the impact of the great point shaving scandals of 1951 that the New York Times assigned one of its greatest reporters, Pulitzer Prize winner Meyer Berger, to cover the story on its front page.

Just one year earlier, the City College of New York won both the National Invitational Tournament and the NCAA championships, an unheard of feat. The team became the toast of the town.

Since 1989, incidents of point shaving and betting by players at seven universities have made headlines: Florida, Maine, Bryant, Northwestern, Maryland, Boston College and Arizona State.

Overall, wagering on the NCAA tournament has risen to $80 billion—more than the Super Bowl. And the FBI estimates that an additional $2.5 billion is bet illegally with small-time bookies or in office pools.

With betting outlets available in Las Vegas, at on-line gambling websites and through local outlets, it isn't surprising that betting among college athletes is common. According to the NCAA, a recent University of Cincinnati survey of 648 Division I men's basketball and football players indicated that 25 percent of respondents had wagered on collegiate sporting events. Four percent had bet on a game in which they played.

The NCAA, ever mindful about the perils of gambling, uses the Final Four to remind college students about gambling pitfalls. After practice sessions, the FBI lectures players, coaches and managers about how to avoid steer clear of the temptation of quick money.

But given the frequency of misdeeds by the players, it becomes harder every year to get enthusiastic about "March Madness."