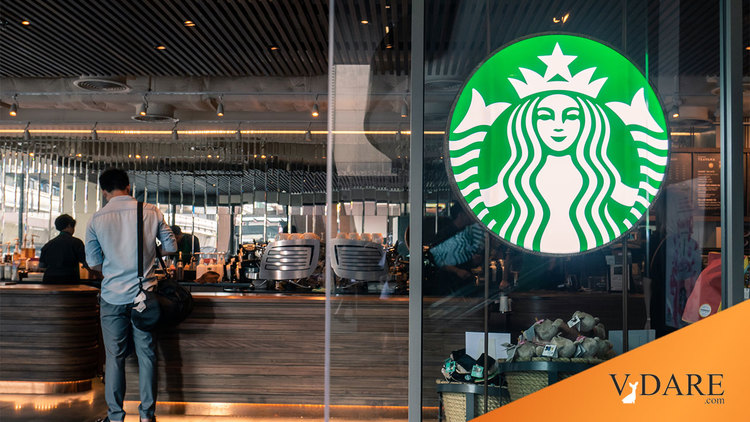 Starbucks and I go back 25 years. In the late 1970s, I was a saloonkeeper in Seattle and Starbucks was a hole in the wall in the famous Pike Street market.

In those days, Starbucks didn't serve coffee by the cup. All you could get was a pound to go. One day, Ziv Siegl, one of the partners, told me he was going to put in tables and offer lattes to his customers.

Thinking about my tavern customers who would nurse a half-pint all afternoon and bore me out of my mind with their tired stories, I replied, "Whatever else you do, don't do that."

Obviously, Siegel didn't listen to my unsolicited advice. Starbucks has opened 4,700 stores and generates more than $3 billion in annual gross revenues since it started its expansion campaign.

Even in the early days, Starbucks had its airs. Once I inquired about serving Starbucks at my pub. The haughty reply was that Starbucks sold to restaurants only if it were guaranteed that a fresh pot would be brewed every 10 minutes.

Whenever I see Starbucks, I get lonesome for the old Pike Street Market place. And let's face it; Starbucks is omnipresent.

Their stores are at the malls, in the airports, on planes and in bookstores. Starbucks is in your supermarket freezer section, on your grocery store shelves and in the cooler of your convenience stores.

You can play a Starbucks CD while you drive to the nearest location for White Chocolate espresso.

In my mother's West Los Angeles neighborhood, a new Starbucks opens every six weeks. You can't walk three blocks in any direction without coming face to face with the mermaid logo.

Starbucks is one of the great success stories in corporate America. Any company that has customers lined up to pay $3.50 for a product they can make effortlessly at home for 10 cents is a marketing genius.

In her 1999 book, "No Logo," Naomi Klein wrote that Starbucks "understands brand names at a level even deeper than Madison Avenue" and "has made their brand name concept into a virus…. sending it out into the culture via a variety of channels."

Starbucks, which wants you to imagine it as a warm, cuddly, environmentally sensitive company, is a hardballing, corporate behemoth.

The Starbucks' website refers to various social concerns the company has: organic milk, shade-grown coffee, and literacy. But, confirming Ms. Klein's harsh but accurate assessment of the company, the lower left-hand corner of the homepage has a link to the New York Times.

In August 2000, Starbucks and the New York Times announced a three-year agreement wherein the Times will use its national advertising clout to promote Starbucks—for free. In return, the Times will be the only national newspaper offered at Starbucks.

If you want to read other national papers like USA Today or the Wall Street Journal or our local Lodi News-Sentinel, which you could before the Times-Starbucks pact was signed, you are out of luck.

If you find Starbucks controlling your reading choices heavy-handed—not everyone wants to read the New York Times, after all—then, Phase II of its marketing push will intrigue you even more.

Recently, Starbucks sent letters to 30 daily newspapers in major markets. The company offered to prominently place their newspapers in its outlets in exchange for free advertising.

The fine print, though, made eyebrows rise. What Starbucks really wanted is the exclusive rights among coffee houses to carry the newspaper. Other coffee shops or any other retailers Starbucks deem as competition could not sell the paper.

Most newspapers have balked. They claim that to sell only though Starbucks limits their circulation and does not serve their customer base effectively.

Others, though, find it alluring to have their papers front and center in a popular chain. They are drawn by the cross-promotional possibilities: buy a Caramel Macchiato and get a free copy of the Pittsburgh Post-Gazette.

If you're not into the Starbucks experience, to use the word the company prefers, you have a simple solution.

Do what I do. I make my coffee at home and read the only national newspaper I can rely on to provide an accurate account of yesterday's events, the Daily Racing Form.