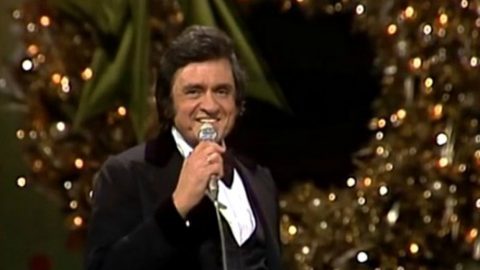 Because my weekly Lodi News-Sentinel columns were suspended during the late summer and early fall, I didn't have a chance to write about Johnny Cash after he died on September 12.

I had seen Cash in concert many times. When he stepped onto the stage to introduce himself simply by saying, "Hello, I'm Johnny Cash" the audience broke into wild applause.

In his later years, Cash laughed about that. Cash said that no matter what corner of the world he traveled to, everyone recognized him. Even without his long, black coat people pointed to him and said, "There's Johnny Cash."

Last month, on November 11, Nashville hosted a tribute to Cash at the Grand Ole Opry's Ryman Auditorium. Cash, the maverick and beloved singer, launched his career at the Opry in 1956.

Country singers and rock stars alike gathered to honor Cash for maintaining his integrity to songs about love, failure and death. Today, when one country music song sounds exactly like Cash's contributions stand out. Cash won 12 Grammy awards during his 42-year music career.

Lou Robin, Cash's manager for 35 years, said the Cash family wanted to hold the tribute for the fans that were unable to attend the September 15 funeral service.

"[The family] just wanted to … give the public … closure to their feelings about John's death," Robin said. "They thought maybe this would be an opportunity for a lot of different entertainers to come and voice their feelings and perform and entertain."

What I most admired in Cash's work were his songs about Americana. So many of them commemorated the names and faces that dot American history. Cash featured Abraham Lincoln, Paul Revere, Andrew Jackson and Daniel Boone on his songs.

One of Cash's most famous albums, "From Sea to Shining Sea" brimmed with unquestioning patriotism. But other songs like "Johnny Reb" and "Green Grow the Lilacs" told darker tales about war's ultimate consequences.

The Christmas season reminded me again about Cash because over the decades he cut seven wonderful but largely unheralded Christmas collections.

One of the best is his first—the 1972 "The Johnny Cash Family"— recently re-released by Sony Special Projects. What sets this album apart from others is the nine tracks of Christmas dialogue by Cash. Other tracks feature June Carter, the Statler Brothers and Carl Perkins. In the final track, the Cash family sings "Silent Night."

For traditionalists, "Johnny Cash Classic Christmas," recorded in 1980 is the best choice. "Classic Christmas" includes all the well known carols like "Joy to the World," "O Little Town of Bethlehem," and "Hark the Herald Angels Sing." Cash is backed on these songs by a full orchestra—quite unlike the unadorned presentation on his other albums.

The standout song on "Classic Christmas" is "The Christmas Guest," an old Grandpa Jones tale about an aging man who has been visited—unbeknownst to him—by the Lord three times on Christmas Day.

"The Christmas Spirit" is another outstanding Cash holiday album. While there are many traditional songs on the album, the best are Cash originals: "Ringing the Bells for Jim," "We Are the Shepherds," "Who Kept the Sheep."

Two other great cuts are Cash's version of "The Little Drummer Boy" and a musical version of Edna St. Vincent Millay's poem, "The Ballad of the Harp Weaver."

The most memorable of all Cash's Christmas songs, "Christmas as I Knew It," is also found on "The Christmas Spirit."

Cash tells about how he as a youngster celebrated one holiday during the Depression in Dyess, Arkansas. Although the cotton crop had failed, the Cash family felt blessed that they had good health, and enough to share with others even less fortunate.

The Cash albums are a great addition to your Christmas music. And if you shop around, you're likely to find many of them at deeply discounted prices.

[JOENOTE to VDARE.COM READERS: The Cash albums are all available on Amazon.com And, remember, if you access Amazon via vdare.com link like this, you can get wonderful Christmas music and generate a small commission for your favorite source for truth in immigration reporting!]