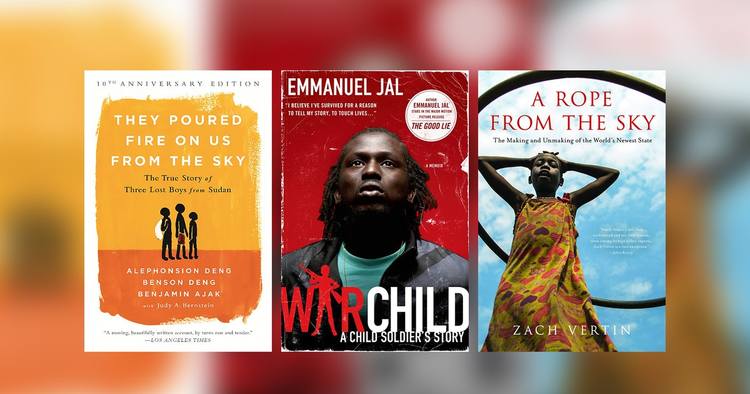 They're Killers. They're HIV-Positive. And Guess What?...

Remember the "Lost Boys"? - the gang of child soldiers that the media discovered in the Sudan a couple of years ago?

Well, they're coming here. All of them. As part of the refugee inflow authorized by the 1980 Refugee Act and set by the White House in consultation with Congress every year.

And they're not all that's coming. Because HIV is so prevalent in Africa, the recent increase in the numbers of refugees from Africa will certainly cause a dramatic increase in AIDS cases in the U.S. The Clinton Administration's masterful response to this threat: it has lowered the bar for admission of HIV positive refugees. A senior Centers for Disease Control official says this was done specifically to allow more HIV positive refugees into the country.

And guess who gets to pay for this...

The number of African refugees admitted to the U.S. has tripled in the last 2 years, under pressure from the Congressional Black Caucus, the U.N., and various charities. Approximately 18,000 will be admitted as refugees from Africa in the year 2000. According to refugee officials, this number could double again in the next 2 years.

All refugee flows - without exception - lead to expanded flows of non-refugee immigrants. The new arrivals simply petition for relatives to come join them in the U.S. under the out-of-control "family reunification" provisions of current immigration law. Similarly, illegal immigration and asylee flows always increase from countries that get refugees into the U.S.

All refugees are entitled to welfare/Medicaid 30 days after arrival. Refugee dependence on welfare/Medicaid is staggering. Together with the direct costs of the refugee program, it costs at least $10 billion per year.

In some African countries 1 out of 4 adults has HIV. Recently, I was told by two senior CDC officials that HIV screening for refugees and immigrants is not adequate - and this was before the Administration made admission easier for HIV positive individuals.

(For comparison, TB screening is felt to be effective. But even with 'effective' TB screening, the foreign-born TB caseload has risen to 42% of total TB cases in the U.S. Individuals with serious diseases that cannot be treated at home, such as TB and HIV, regularly seek to immigrate to the U.S. to receive free medical care. CDC has reported on this phenomenon in its papers on TB and immigration - for example, CDC's Morbidity and Mortality weekly Report, Dec 28 1990, vol. 39, p. 8).

Refugee flows and other forms of immigration from Africa could reach 60,000-75,000 a year within a few years. According to both a State Department official and a CDC official, "easily" more than 10% of refugees from many African countries will have HIV. The rate could be even higher.

As a result of the refugee program and a poorly-functioning HIV screening system, the annual number of new HIV cases in the U.S. could be higher than the current rate of 40,000 new cases per year by as much as a fifth or more.