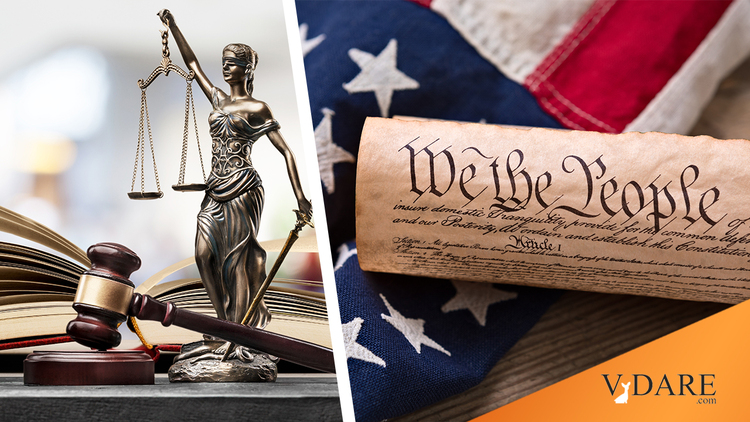 The Real Assault on America

By elevating its "war on terror" above the US Constitution, the neoconservative Bush regime has made itself a far greater threat to Americans than are foreign terrorists. Two constitutional scholars, Timothy Lynch and Gene Healy, document the Bush regime's forceful assault on the US Constitution in "Power Surge: The Constitutional Record of George W. Bush" released May 3 by the Cato Institute in Washington, D.C. (available at).

Lynch and Healy show that Bush has failed in his most important responsibility "to preserve, protect and defend" the Constitution and, thus, is in violation of his sworn oath of office.  The two scholars document the Bush regime's "ceaseless push for power, unchecked by either the Courts or Congress" on issues ranging from war powers, habeas corpus, and federalism to free speech and unwarranted surveillance. Bush's assault on the Constitution "should disturb people from across the political spectrum."

Alas, it doesn't.  Many Americans believe that Bush's dictatorial powers will only be applied to terrorists.  This belief is extremely foolish, because it means that "the liberty of every American rests on nothing more than the grace of the White House."

It has become commonplace to hear Americans dismiss the Bush regime's illegal and unconstitutional exercise of power on the grounds that only those implicated in terrorism have anything to fear.  These Americans need to ask themselves why, if only evildoers have anything to fear from government, the Founding Fathers bothered to write the Constitution?

Moreover, it is a far more dangerous and deadly assault than a terrorist assault on buildings.

It has been widely reported, apparently without causing Americans any unease, that the Bush regime has awarded Halliburton $385 million to build concentration camps in the United States.  Who are to be the inmates?  Certainly not terrorists. The Bush regime has proven inept at catching terrorists, and those few who are captured are kept offshore out of the reach of the courts where they can be tortured and abused. The camps are certainly not for illegal aliens who both political parties want to give amnesty and citizenship.

The Bush regime's war on terror is the equivalent to the Nazi regime's Reichstag fire.  It serves to blind people to the real assault.

According to Bush, America is under terrorist attack because "they hate our freedoms."  But, as Lynch and Healy show, it is the Bush regime that is attacking our freedoms, removing their institutional protections, and making our liberties subject to the grace of the executive.