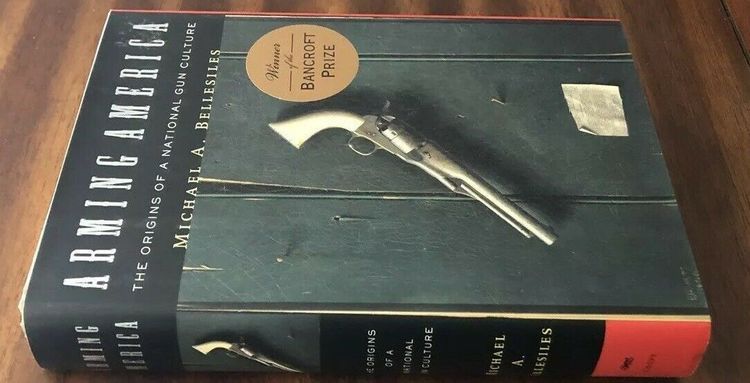 [VDARE.COM note: Paul Craig Roberts is traveling in China. His syndicate has reissued this column, which originally ran on January 15, 2002, to which we've added updated links.]

In recent years we have seen the advent of a new breed of scientist and scholar to whom ideological or political agendas are more important than truth.

Hoping to close two national forests, government scientists planted evidence that the forests were inhabited by an endangered species of lynx. The scientists' dishonesty undermined a three-year study and confirmed suspicions that some government scientists fake studies in order to control environmental policy. Only highly politicized scientists would behave in ways that endanger the authority of science.

Scholars, too, have become enamored with causes that are more important to them than truth. According to news reports, Emory University historian Michael Bellesiles apparently believes so strongly in gun control that he invented a history for the purpose of undermining the Constitution's Second Amendment, the right of citizens to own guns.

Professor Bellesiles argues that gun ownership was so rare among early Americans, even on the frontiers, that no one would have cared enough about the right to give it constitutional protection. He claims to have studied many wills and to have found scant evidence of guns being bequeathed to heirs.

When skeptical scholars checked his sources, they found he claimed to have studied wills of people in Colonial Rhode Island known to have died without wills. He also claims to have studied probate records in San Francisco for the years 1849-59. However, the city's librarians say no such records exist. They were destroyed in the 1906 earthquake. [See "Fraud in Michael Bellesiles's Arming America", by Clayton Cramer, in PDF.]

When the canons of scholarly objectivity become widely abandoned, truth ceases to guide decisions. Public policy outcomes and court cases depend on which side has the best propaganda and can more effectively demonize or vilify the other party. Education becomes the propaganda of the group that controls the schools.

Indeed, education is already being pried loose from any relation to truth. Marxists denied the existence of any truth by claiming that "truth" was nothing but the expression of class interests—a claim that allowed Marxists to ignore facts that undermined their arguments.

Class Marxism has given way to Cultural Marxism which claims truth is just an expression of race interest, gender interest, and sexual orientation. According to these multiculturalists, there is a different "truth" for men and women, heterosexuals and homosexuals, blacks and whites, able-bodied and disabled.

All these "truths" are claimed to be equally valid. Therefore, there is no valid basis for defending American culture from an influx of third world cultures. Anyone who complains about the transformation of America into a tower of Babel is dismissed as racist or xenophobic.

Cultural Marxism has achieved a dominant position in American education. Consequently, there is a breakdown in enculturation. An appreciation of Western civilization is not being passed on even to native born whites attending the best universities.

Before our very eyes history is being transformed into politically correct fantasy. Everyone knows the photograph of the three white firemen who raised an American flag on September 11 on the rubble of the World Trade Center. A 19-foot bronze statue of the photo has been commissioned for the site—only first the race of the firefighters had to be changed.

A statue true to fact is "insensitive" and "divisive." A clay model shows one white, one black and one Hispanic.

Firefighters are complaining that a historical event has been turned into a politically correct event. Carlo Casoria, who lost his firefighter son in the rubble, said: "They're rewriting history in order to achieve political correctness." The multicultural reply is: "The artistic expression of diversity [s]hould supersede any concern over factual correctness."

Multicultural diversity has made such a hash of truth that the U.S. cannot truthfully represent in a public monument the defiant response, burned in every American's memory, to al Qaeda's successful attack on the World Trade Center.

Is the next step to put us in reeducation camps and erase our memories?

Or is that what the universities are doing?