Political Correctness Gets A Murderer Into Tulane Law School

When I first heard that one Bruce Reilly, an admitted murderer who did time for his crime, got into Tulane University Law School, I thought, well, he's probably black.

Then I saw his photo.  He's white. 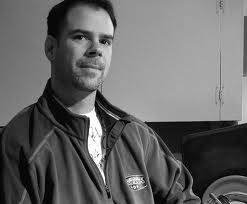 I paused.  The evil wheels turned in my brain:  "There must something, related to Political Correctness or multiculturalism, that put him over—because no other force in our society has the power to make such a thing happen."

And this time I was right!

Lawblogger Above the Law reports [New Tulane 1L Is An Advocate, A Writer, And A Murderer, By Elie Mystal  September 14, 2011] that Reilly worked/works for a "community organizing" group called "Direct Action for Rights and Equality", whose logo features a black, brown and white fist pumping over a lick of flame (they apparently share a web designer with "One People's Project"). The implied threat is the kind of thing that if, it weren't in such a multicultural cause, would be cause for an $PLC, ADL, or Little Green Footballs investigation:

Reilly is championed by the NAACP, and got a scholarship from it to attend Tulane:NAACP Legal Defense and Educational Fund Announces 2011 Scholarship Recipients, PR NewswirePR Newswire, August 8, 2011.

On his own site, unprison.com,  Reilly lists murderer/Native American Leonard Peltier—a favorite of the trust-fund left—as a hero; rails against  racial injustice, and bemoans the imprisoning of illegal aliens.

From Brown University to the Daily Kos, Reilly is a certified hero of the anti-white left.

"The American Prison Industrial Complex, which would make the Ku Klux Klan blush, is not just an issue for the People of Color being targeted as caged commodities, it is impacting all of us- police and prisons are steadily destroying our families and neighborhoods while bankrupting the taxpayers."

(I might agree by one-third here with Mr. Reilly, though I trust we are coming from different places...)

Anyway, you get the point.

Bruce Reilly is actually pretty smart.  He realizes that the most bulletproof route to redemption in America is to throw yourself into the lives and aspirations of a supposedly oppressed racial or ethnic group.  It's how Bill Ayers and Bernardine Dohrn enjoy their current status as teachers.

Really, when you think about it, for the law school's Character and Fitness committee to reject him would be pretty racist.[VDARE.com note: You can email David D. Meyer, Dean of Tulane Law School and ask him what his position is on this.]

Above the Law also reports that other Tulane students are not so pleased.  And I do have to wonder, racial angle aside, whether Tulane made a big mistake here.  Reilly describes himself as a "teenager" who committed a murder, but a story dated September 21, 1993 indicates he was arrested at age 20 as an Emerson College student, just a year or so after the crime. [Emerson student sent to R.I. to face charges Accused in muder of professor, The Boston Globe ]

The victim was Charles Russell, a professor at Rhode Island community college.  (At this point, you have to wonder how Tulane law faculty feel...My favorite ATL comment:  Professor, could I talk to you after class about this midterm grade?  No, no, I prefer a more private place.  I don't want to make THAT mistake again.)

Reilly also appears to have a few other crimes—just enter his name in the defendant search in http://courtconnect.courts.ri.gov

The prosecutor at the time, Joseph T. Houlihan, Jr., is now a judge.

I wonder... did Tulane officials ring him up?  How about the family of Professor Russell?

I wanted to to know the details of the murder. Apparently Elie Mystal at Above the Law hesitated about whether to publish them in his blog. But after several angry emails, Mystal decided to post the Boston Globe's 1993 report

"An Emerson College student allegedly stabbed and bludgeoned a Rhode Island professor to death last year after the educator picked him up while hitchhiking, brought him to his home to watch pornography and forced him into sex, according to a law enforcement source.

"The source said the professor—who police said knew Reilly for about a week—picked him up while hitchhiking on Interstate 95 and invited him to his home. The pair smoked marijuana, watched child pornography and then Russell performed oral sex on Reilly, the source said.

"Afterward, the bloody rampage erupted inside the home.

The Bruce Reilly episode reveals the mind-melting, time-and-space-warping powers of Political Correctness in America.  It can make down up, up down, and, in the case of Bruce Reilly himself, white black.  A murderer, a student of the law.  A manipulator, a hero for justice.

People like Bruce Reilly have figured out how to rise to the top of our current rickety tower of Politically Correct madness.

The question is: how long that tower will stand?