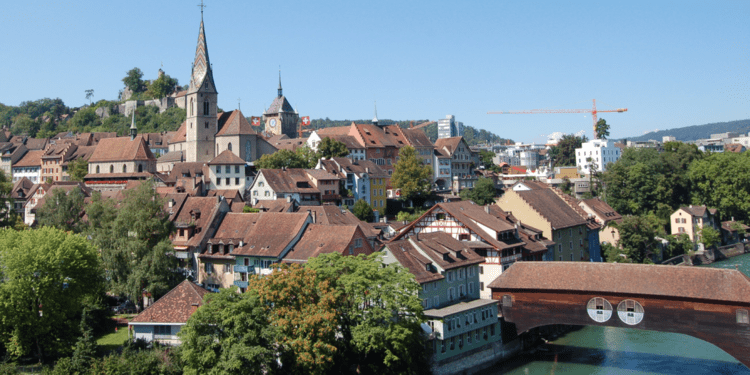 Multilingualism and Democracy: The Swiss Exception

The Santa Clara County District Attorney's Office announced today that a Gilroy used car dealership was fined for failing to provide Spanish language buyer's guides to its Spanish-speaking customers. The Double R Car Company ... has agreed to pay civil penalties and costs of over $6,000 and to begin providing the Spanish language guides to Spanish-speaking customers...

The Federal Trade Commission began requiring buyer's guides on all used cars in 1984 and also required that sales conducted in Spanish include a Spanish language buyer's guide.

The 2000 Republican Party Convention may go down in history as the moment when the American Establishment gave up trying to keep the U.S. a linguistically-unified republic. Even Republicans now seem to subscribe to politically-correct through-the-looking-glass semantics: insisting that the American people should all speak English is "divisive;" promoting language diversity somehow "brings us together."

Bunk. A single language unites a country into a shared "information sphere." When citizens can understand each other, they are much more likely to identify with them - and sacrifice for them. They can also monitor politics across their society, which can be helpful.

If we have given up trying to enforce English, can we ultimately remain a unified republic? There have been plenty of highly unified multilingual states - Stalin's Soviet Union, Tito's Yugoslavia, Suharto's Indonesia. But none survived democratization intact. Similarly, if less violently, Czechoslovakia split into two separate states in 1993 along linguistic lines.

The track record of the few existing multilingual democracies is not reassuring. Canada and Belgium are highly civilized places. But their politics obsessively revolve around the threat of national dissolution. In Belgium, the need to ethnically-balance the allocation of government goodies and jobs has thoroughly corrupted politics. In Canada, bilingualism has institutionalized touchiness, which increasingly impinges upon free speech in general. (See http://www.canadianfreespeech.com/)

India continues to clank along as kind of a democracy despite countless languages. Yet there is clearly a tremendous hunger within India for a leader who could emotionally unify the country - witness the huge vote totals garnered by ever more improbable members of the Nehru dynasty. To my mind, the best hope of preserving India's unity would be to promote the Gandhi family above politics by crowning Sonia Gandhi's popular young daughter as India's first constitutional monarch since Victoria.

The great exception to this dreary survey is of course Switzerland. There, four languages are spoken in different regions: German, French, Italian, and, in remote mountain valleys, Romansch (hillbilly Latin).

How do the Swiss do it? The sociologist turned sociobiologist Pierre L. van den Berghe studied the issue carefully in his masterful 1981 book on the genetic roots of ethnic conflict, The Ethnic Phenomenon. His observations are 20 years old, but the Swiss tend not to rush into change for the sake of change. I'll elaborate on his outline, so credit Pierre with the good ideas below, and blame me for the lunkheaded ones.

Switzerland is a rare state that "did not originate either in conquest or in the breakdown of multinational empires." It grew out of hill tribes banding together for mutual defense.

"Switzerland is a confederation of cantons, not of ethnic groups. ... The Swiss state gives no formal recognition to ethnicity as a basis of political incorporation, citizenship, legal rights and obligations, land tenure rights, allocation of resources, assignment to school systems — any of the bones of contention in multiethnic states. ... The state does not need to be a "consociational democracy" [like Canada or Belgium], because, being so little of a state, there is so little at stake. ... Switzerland is a very pleasant country, but it is not much of a state by modern standards. Perhaps it is such a pleasant country because it is not much of a state."

The Swiss federal government is less important relative to its own lower levels of government than in most other European states. It accounted for only 61% of government spending - despite a large army - compared to 84% in neighboring Austria. Consequently, much of government decision-making is done at the monolingual level.

Cantons tend to be ethnically homogenous — 22 out of the 26 cantons are officially monolingual. In the Sixties, French activists in the Jura Mountains succeeded in winning separate canton status for their part of a predominantly German-speaking canton.

The three main ethnic groups are fairly equal in wealth, so none of the language groups feels they are subsidizing the others. Most of the richest cantons are German-speaking, but so are the two poorest, which are hillbilly cantons in the Alps. The one Italian canton of Ticino is in the middle of the income range.

Although Switzerland is relatively evenly split between Catholics and Protestants, there is little correlation between language and religion (except among Italian-speaking Swiss). For example, the Sailers are Swiss German Catholics, while French-speaking Geneva was the home of Calvinism. This meant, among other things, that Catholic opposition to contraception did not cause one language group to notably outbreed the others. (Political scientist Frank Salter has emphasized the importance of equal population growth rates.) In Kosovo, the Serbs felt they were being overwhelmed by Albanian immigration and higher birthrates. In Switzerland, the ethnic balance has been more stable.

Immigration: If novelist Vladimir Nabokov wanted to live for decades in a hotel in Montreux, he was more than welcome. If the hotel wanted to hire Maltese "guest workers" to deliver the great man's room service, it could (within limits). But neither Nabokov nor the bellhops could realistically expect to ever participate in Swiss political life.

A fascinating feature of Swiss naturalization policy is that localities can veto applicants for citizenship. For example, the voters of Emmen recently approved the naturalization of eight Italian immigrants, while rejecting 48 other applicants, almost all of them Bosnians. This exercise in democracy caused syndicated columnist Raoul Lowery Contreras to cry out in anguish, "What kind of society would we have in the United States if each individual city in it could decide who was an American citizen? We would have a society like Switzerland." [The Rise Of Unamerican Know-Nothings By Raoul Lowery Contreras, CalNews.com, March 23, 2000]

Switzerland's policy of self-sufficient armed neutrality is crucial in two ways. Neutrality has kept Switzerland from ripping itself apart during wars involving France, Germany, and Italy. And the "every man a soldier" principle, complete with most adult men having a small arsenal in their homes, intensifies patriotism. Every citizen feels responsibility for his country.

Finally, the Swiss tend to have reserved, self-disciplined personalities. In other words, they are not much fun. For example, the national hobby is sharp shooting. They tend to make rational rather than emotional decisions. This does not make the Swiss popular. Hollywood movies treat the Swiss like Nazis. But it does mean their ethnic passions, like all their other passions, are restrained.

Americans constantly confuse Switzerland and Sweden. This is a reasonable mistake. Switzerland's high average elevation means the climate, and thus the personality of the people, resembles those found in cool North. But while the ethnic homogeneity of Scandinavia makes possible Scandinavia's naïve, wooly-minded social philosophies, the multi-ethnic Swiss must be hardheaded realists to maintain unity combined with self-rule.

In summary, a multilingual self-governing state can work - but it requires far sterner virtues than America is likely to muster.