A new study confirms Mexico is a very racially-stratified society—a direct challenge to the myth of Mexico as multicultural utopia and a warning to those who think Mexican immigration will help America solve its racial problems. [Is Mexico a Post-Racial Country? Inequality and Skin Tone across the Americas, November 6, 2017].

As LAPOP is a recipient of Soros money, the goal of the survey was likely to justify more Leftist social engineering programs—which doesn't mean it's wrong. 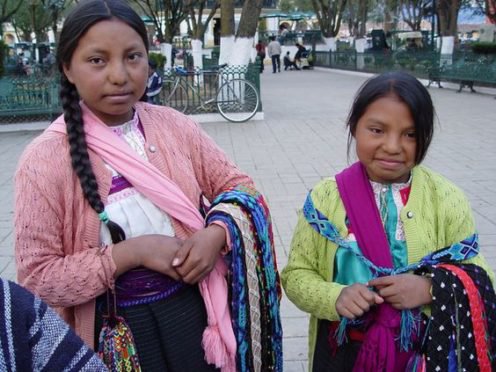 The new report refers to the previous findings from INEGI as “valuable,” but “limited.” INEGI findings only apply to Mexico, and CIDE researchers wanted to compare Mexico’s situation with the situation in other Latin American and Caribbean countries. And they thought INEGI erred by considering skin tone but not taking into account other socioeconomic variables. After all, they write, “citizens of darker skin tones are more likely to belong to ethnic minorities and live in rural areas.”

But, they conclude, it really is race, not socioeconomic factors, which defines inequality in Mexico. As they summarized their findings in the academic news site The Conversation, darker skin is “strongly associated with decreased wealth and less schooling” [Study reveals racial inequality in Mexico, disproving its “race-blind” rhetoric, December 13, 2017].  “Indeed,” they note, “race is the single most important determinant of a Mexican citizen’s economic and educational attainment, our results show.”

Other fault lines for inequality, such as the distinction between the relatively wealthier northern region and the south, are also defined by race. The north is more European and southern Mexico is more Indian.

Mexico’s “skin-color gap” is twice the achievement gap documented between northern and southern Mexicans, which is an inequality more often cited in Mexico.

The average Mexican household income in the LAPOP study was about US$193 a month. Citizens with lighter skin reported bringing in more than that—on average, $220 a month. Darker-skinned citizens, on the other hand, earned just $137—41.5 percent less than their white compatriots…

[P]opulations identified as having the lightest skin fall into the highest wealth brackets in Mexico, while those with the darkest skin are concentrated at the bottom.

Not news to VDARE.com readers. As I wrote in 2007, “[U]nmistakably, the higher one travels up the socioeconomic ladder, the whiter the Mexicans are. The farther down one travels, the darker they are.” 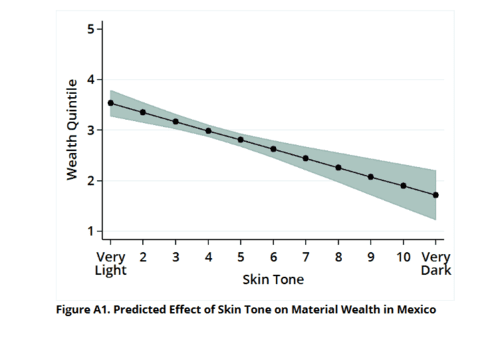 Is Mexico a Post-Racial Country?, page 6

In Mexico, whites tend to be at the top of the racial spectrum, mestizos in the middle and Indians at the bottom. Notice too, that white Mexican elitists love emigration. After all, emigration removes a large percentage of poor and non-white Mexicans out of Mexico and into the United States, removing pressure on the elite. Mexican white elitists wouldn't be promoting their own racial interests, now, would they?

Perhaps CIDE or Vanderbilt can hire me!

The CIDE study also found the dynamics of this division “seem to persist across generations,” and similar inequality was found when it came to basic amenities such as refrigerators and telephones.

…the Mexico data clearly showed people with white skin completing more years of schooling than those with browner skin—10 years versus 6.5. That’s a stunning 45 percent gap in educational achievement between the darkest- and lightest-skinned Mexicans. 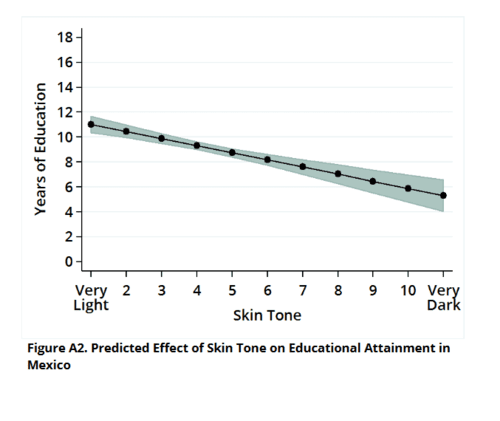 Is Mexico a Post-Racial Country?, page 7

The researchers even teased out factors which have been used as substitutes for racial explanations, such as the urban-rural divide. Mexicans are always amazed by the prosperity of American rural areas, because rural areas are impoverished in Mexico. But researchers found the “skin color gap” was “five times greater than the urban-rural divide.” Additionally, “skin color has a significantly greater impact on wealth and education than does ethnicity—that is, indigenous versus white or mixed-race Mexican.”

The CIDE researchers conclude that “Racism exists in Mexico”, even though “the government doesn’t want to admit” it.

The Mexican president also held up Mexico itself as a great example of a diverse country: “We are a proudly mestizo, multi-cultural and diverse country, with a living and vibrant culture, fruit of multiple migrations in the length of our history.”

But the researchers hinted Mexican racism may even be worse than that in the United States. As they note in their summary in The Conversation (links in original):

A second critique of racism in Mexico is that yes, it exists, but it is not as bad as in other places in the region, like Brazil or the United States. Our study runs contrary to that argument.

As one would expect from a group linked to Soros funding, the researchers say what they will do next is push for legislation to address inequality:

Going forward, our research will focus on examining the origins of this problem, from employer discrimination to access to health care. That should help lawmakers design policies to reduce inequalities based on skin color. 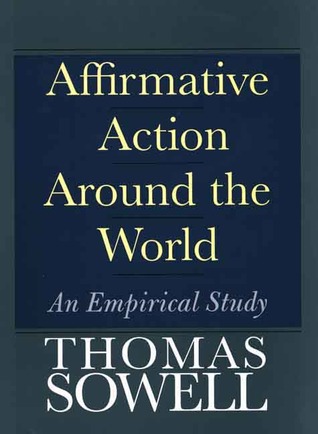 Whatever policies Mexican lawmakers craft “to reduce inequalities based on skin color” are likely to be as (un)successful as those in our country.

But, as Americans, it’s not our problem.

Mexico is indeed a mixed-race society, though most of the mixture took place during the colonial period (1521-1821) with the melting pot of Spaniards and Indians. Most Mexicans are of both European and Indian ancestry, but there are “pure” whites and Indians.

After residing in Mexico for fifteen years, I can tell you Mexicans really do care about race. The argument that Mexican immigration will make us more racially harmonious because of their freewheeling racial attitudes and mixed heritage (in contrast to us racist, stuffy Anglos en el Norte) is far from the truth.

Mexicans don’t like to talk about it. Perhaps some don’t even consciously realize it. But for those who have eyes to see, it is obvious that Mexico is a society highly stratified by race. And with this evidence in hand, you don’t have to take my word for it.

Mexico has its own history and its own issues to deal with. The next time Mexicans lecture us on racial issues, we should tell them to take a hike.

And don’t imagine for a minute that importing more Mexicans is going to improve our already-existing homegrown racial problems. It’s just going to exacerbate them.