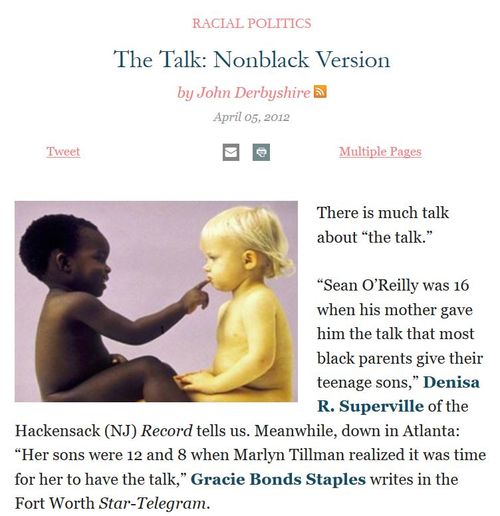 In my infamous column "The Talk, Nonblack Version" at TakiMag, six years ago this month, I introduced the ad hoc abbreviation IWSB for "Intelligent and Well-Socialized Blacks." I then advised the nonblack youth of America as follows:

You should consciously seek opportunities to make friends with IWSBs. In addition to the ordinary pleasures of friendship, you will gain an amulet against potentially career-destroying accusations of prejudice.

I can't really claim to have been very energetic about taking my own advice here, but there is a tiny handful of IWSBs whose acquaintance I appreciate and whose company I enjoy. There are others I've never met who I feel sure I'd get on well with, based on their writings and things I've heard about them. 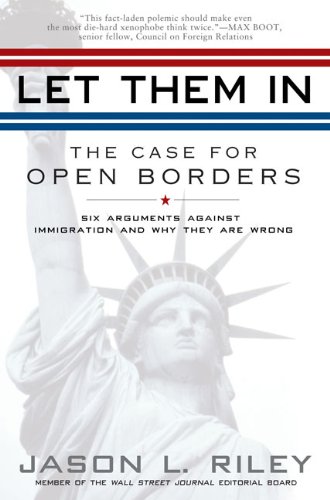 Jason Riley writes for the Wall Street Journal, often very sensibly but sometimes not: ten years ago he published a book titled Let Them In: The Case for Open Borders.

Hey, it's the Wall Street Journal Riley works for. Like I said, everyone's entitled to an opinion; and Riley's book is not explicitly anti-white like some others in the genre e.g. His Panic: Why Americans Fear Hispanics in the U.S. by Geraldo Rivera.

So far as I can gather from the reviews, Riley’s book just the old economists' flapdoodle about human beings being featureless units of production and consumption; and the more people you have, the bigger your GDP …

Which of course is true: As I always mention at this point, Bangladesh has a way bigger GDP than Luxembourg. 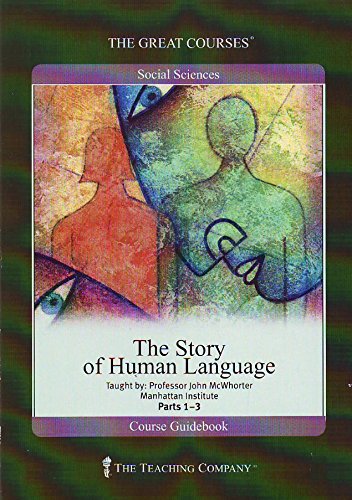 John McWhorter teaches linguistics at Columbia University. He also does lecture series for the Great Courses company, one of which I've mentioned with approval. This guy I do have some slight personal acquaintance with: I joined him and a mutual friend for lunch once,  and found him very agreeable company.

Glenn Loury I don't know much about, but he's riding high in my esteem right now. He's a Professor of Economics at Brown University. It was he with whom Professor Amy Wax from the University of Pennsylvania was doing a Bloggingheads interview last year, when Prof. Wax passed the remark about how she couldn't recall there having been a black in the top quarter of the class she'd taught for years at U. Penn., and had only "rarely, rarely," seen one in the top half.[Glenn Loury (Brown University) and Amy Wax (Race, Wrongs, and Remedies, University of Pennsylvania) , BloggingHeads, August 29, 2017]

That got Prof. Wax a Two Minutes Hate, as reported here on Radio Derb two weeks ago. It also got her slandered and insulted by her Dean, a creature named Ted Ruger, [Email him] who took away some of Prof. Wax's classes.

To Glenn Loury's great credit, he stood up for Prof. Wax against the bullies; and that's why he's high in my esteem.

So, here's my bottom line: I believe that Dean Ruger's actions against Amy Wax at Penn Law—responding to public pressure no less—were reprehensible, and deserve to be condemned.

Guest Column by Brown U. prof Glenn Loury | Reflections on my interview with Amy Wax, The Daily Pennsylvanian, March 27, 2018

So there's my trinity of IWSBs: Riley, McWhorter, and Loury. Why am I telling you about them, other than (you may reasonably suspect) to do a spot of sly virtue signaling? Because I just noticed a book they published last year, that's why.

Actually, Jason Riley authored the book. He's listed on the book's Amazon page as "Author." McWhorter and Loury are listed alongside him, though, as "Contributors." Apparently they offer critiques of Riley's arguments, one critique each at the end of the book. 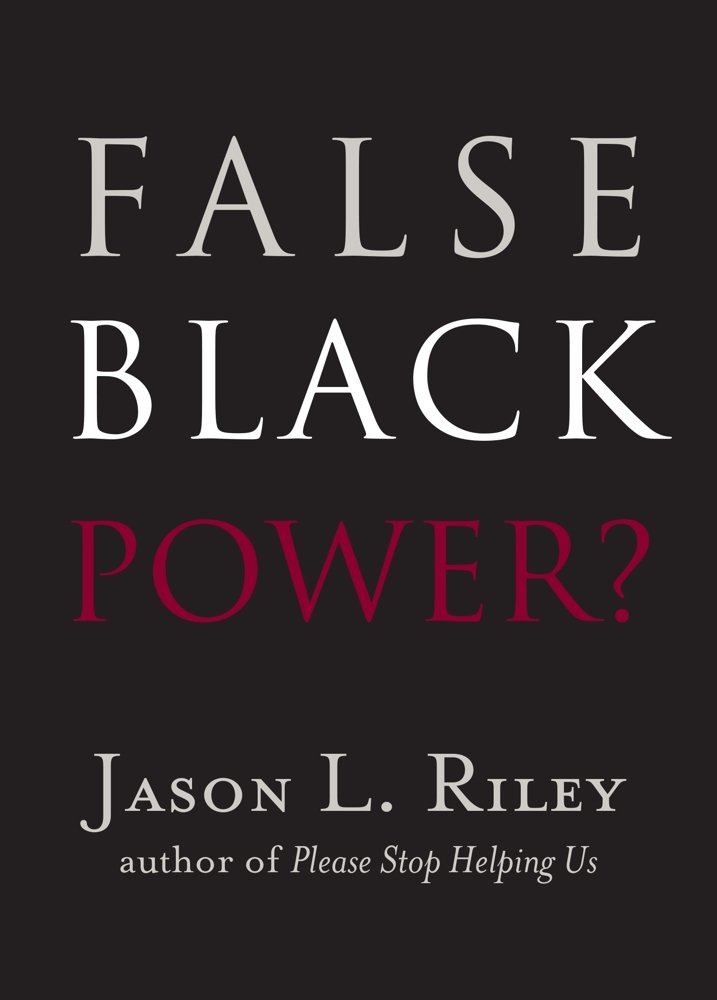 Title of the book: False Black Power? Quote from the Amazon blurb:

Recent decades have witnessed a proliferation of black elected officials, culminating in the historic presidency of Barack Obama. However, racial gaps in employment, income, homeownership, academic achievement, and other measures not only continue but in some cases have even widened. While other racial and ethnic groups in America have made economic advancement a priority, the focus on political capital for blacks has been a disadvantage, blocking them from the fiscal capital that helped power upward mobility among other groups.

Of course, it's unfair to pass comment on a book I haven't read, but judging from the rest of that blurb and the posted reviews, Riley's book is pure Blank Slate Culturism. There are no innate biological differences between human races causing those gaps—none, I tell you, none!

I wonder if Jason Riley has read the new book on ancient DNA by geneticist David Reich, which our own Steve Sailer has been posting comments on here at VDARE.com.

Reich's book I have just read, and shall be posting a review. Reich ties himself in knots trying to keep himself right with the Thought Police, but it's plain from his research that the Blank Slate is in deepening trouble.

Listen up, IWSBs: There's an opening here for some brave soul among you to embrace race realism—also known as the bleedin' obvious.

Who will be the first IWSB to step up?