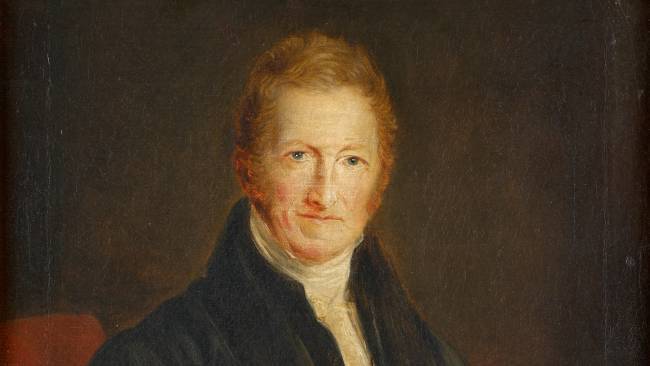 If you can’t be an athlete, be an athletic supporter. So goes the old quip. I apply some similar principle to reading. I can’t read one tenth of the books I’d like to; but at least I can read the reviews. In that way I feel I am supporting literature, albeit indirectly.

With most newspaper book sections long gone, and even highbrow periodicals reviewing only three or four books a month, it’s not easy to keep up. It doesn’t help that the few exceptions—New York Review of Books (memorably sent up by National Lampoon back in the day as New York Review of Us), the Times Literary Supplement, and a couple of others—lean distinctly Left.

The monthly arrival in my mailbox of Literary Review from England is therefore a welcome event. Founded by Tory anarchist Auberon Waugh (son of novelist Evelyn) in 1979—I was a charter subscriber and occasional contributor—Literary Review runs forty or so full-length reviews in every issue.

The magazine has no “line,” and the reviewers are of all persuasions, with a center of gravity if anything somewhere right of center. Each issue opens with a one-page editorial on some literary topic. This month’s is by classicist Tom Holland on whether or not Herodotus ever visited Babylon.

Literary Review doesn’t contain much else but reviews and that editorial. There are short notices of crime fiction, a letters page, and one of Chris Riddell’s “illustrations to unwritten books” cartoons. One page headed “Silenced Voices” is worthily given over to persecuted writers somewhere: this month, two Vietnamese prisoners. There’s a crossword in the cryptic English style. (“15 down: Happen to overturn appeal occupying historian (6).”) That’s it.

There used to be a poetry competition accepting only poems that rhymed, scanned, and made sense, but it’s been discontinued.

Sorry, I didn’t mean to say so much about Literary Review. I do enjoy the thing, though. It’s beautifully produced, blessedly free of politics unless relevant to a book under review, and well worth the subscription price of $77.

The current (October 2013) issue has a rare overlap with VDARE.com. On pages 40-42 Eric Kaufmann does a review of three books on world population.

Kaufmann is Professor of Politics at Birkbeck College in London. Nine years ago he published The Rise and Fall of Anglo-America, a book that seeks to locate the source of WASP ethnomasochism in the founding populations. The book caught the attention of Kevin MacDonald, and the two writers jousted over the topic here on VDARE.com.

In 2011 Kaufmann produced another provocative book: Shall the Religious Inherit the Earth?: Demography and Politics in the Twenty-First Century (which I reviewed for Taki’s Magazine).

The broad cut on opinion about the world’s population is between optimists—Kaufmann calls them “Cornucopians”—and pessimists. There are some interesting left-right and secular-religious crosscuts. Kaufmann’s review mentions:

Leftists in general—Danny Dorling is obviously an exception—tend to pessimism. Whatever Marx and Engels may have thought, your modern Leftist is usually a Global Warming alarmist in favor of abortion and birth control (although, confusingly, not “population control,” which in the leftist’s mind is a plot by neo-Nazi eugenicists).

At the furthest extreme, modern Progressive environmentalism shades off into the Voluntary Human Extinction Movement, which seeks to persuade the human race to stop breeding altogether. (Yes, they are serious.)

Religious people, on the other hand, are generally Cornucopians. Back when I was writing for National Review, some sorties into this territory by me, a secular pessimist, brought in angry emails from Christian readers, and some gentler reproofs from Roman Catholic colleagues at the magazine. The Lord will provide!

But whether He will or not ought to be susceptible to scientific analysis. Unfortunately the number of variables is very large, and those variables belong to such disparate fields—climate science, epidemiology, sociology—that it is hard to find an expert who can cover all the bases. Global warming, for instance, is a sufficiently contentious topic all by itself; but it is only one part of the world population issue.

With scientific uncertainty at this level, we are left comfortably secure in our personal ideological prejudices.

Kaufmann implies that all three authors he is reviewing here are “Progressive”:

The population debate on the Left turns on whether progressives can place the planet before political correctness. Most, like Dorling, cannot. Emmott and Weisman are among the few brave enough to do so and we owe them a lot.

By Kaufmann’s account, Alan Weisman offers the most convincing picture, writing from a secular-pessimist point of view. Weisman is a journalist, in fact a Professor of Journalism, whose progressivism seems not to be very obtrusive in his work, so far as I can judge from the outside. This may be wrong: I can’t recall ever having read any of Weisman’s articles or books (one of which is about the Mexican border).

Russia, with a TFR 1.61, is headed the same way. On Tuesday this week the New York Times ran a depressing story about northwest Russia, the stretch between Moscow and St. Petersburg.

Five miles west of the M10 lies the village of Pochinok, where the wilderness is slowly closing in around Nina Kolesnikova and her children . . . Between the great cities are hundreds of disappearing settlements: towns becoming villages, villages becoming forest. The Soviets cut off support for them during efficiency drives in the 1960s and ’70s, which categorized villages as “promising” or “unpromising.”

At the other end of the scale is the West African nation of Niger, with a TFR of 7.03 children per woman, the highest in the world. Alan Weisman’s book covers Niger, which, says Kaufmann, is

a society perched at the edge of the Sahara with a sky-high fertility rate. As locals deplete foliage for firewood and exhaust water supplies, the desert creeps steadily southward. On this Malthusian frontier, children and mothers die like flies.

Hence the desperation to get to Europe:

Abdul Rahman Ali, a 27-year-old from Niger who is expecting deportation after being picked up by police, paid smugglers a total of 700 dinars [$560] to make the long journey north across the Sahara to Tripoli.

The tolerance of European countries for what they daintily refer to as “asylum seekers” is about to undergo a severe stress test, one can’t help thinking.

You can’t in fact get far into the issue of overall numbers without bumping up against migration issues. Danny Dorling, the Left Cornucopian in Kaufmann’s trio of authors, is characteristically stupid about them. Kaufmann:

Dorling lauds immigration because immigrants’ fertility converges to Western norms, reducing population pressure in their homelands; yet he sidesteps the fact that the carbon footprint of immigrants to the West vastly exceeds the meagre savings derived from their reduced fertility. A sure-fire way to increase carbon-drenched suburban sprawl is to ramp up immigration. Westerners did nasty things in the past, but guilt-fed Cornucopianism can only hasten our planet’s demise.

To judge from Kaufmann’s review, Alan Weisman’s book is the one of the three most worth reading.

I doubt I’ll get round to it . . . but I got much food for thought from the review.