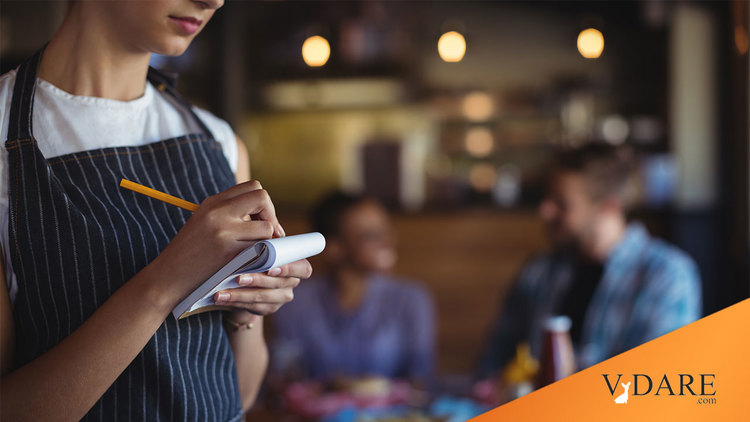 March 10. The BLS payroll jobs report released today lists 205,000 new private sector jobs for February. As has been the case for a number of years, the new jobs are in domestic nontradable services. The sources of February's new jobs are: construction (primarily specially trade contractors) 41,000 jobs; wholesale and retail trade, transportation and warehousing, 15,000 jobs; financial activities (includes insurance and real estate) 22,000 jobs;  professional and business services, 39,000 jobs (roughly half of which are in administrative and waste services); education and health services, 47,000 jobs; waitresses and bartenders, 21,000 jobs.

Charles McMillion of MBG Information Services reports that hours worked in manufacturing have fallen 7.1 percent during the 51-month old current recovery and that growth in total private sector hours worked in non-supervisory jobs is the weakest of any recovery on record. This suggests that many new jobs are for less than a full 40- hour work week, which could account for the lack of growth in median household real income.

Paul Craig Roberts [email him] is the author of Alienation and the Soviet Economy and Meltdown: Inside the Soviet Economy, and is the author with Lawrence M. Stratton of The Tyranny of Good Intentions : How Prosecutors and Bureaucrats Are Trampling the Constitution in the Name of Justice. Click here for Peter Brimelow's Forbes Magazine interview with Roberts about the recent epidemic of prosecutorial misconduct.