Good Question! Lou Barletta: Why Don't We Deport "Every Single Illegal Alien Caught By Any Law Enforcement Officer In The Country"?

“Frankly, I don't understand why we don't deport every single illegal alien caught by any law enforcement officer in the country,” Barletta said… “

This is an article about the Obama Administration's effort to avoid deporting undocumented Democrats by not acting on cases of illegals discovered through the Secure Communities Program.

This refusal is already producing outrages in the locality:

“…police in Beaver Meadows stopped a motorist for speeding. A check determined the driver was in the country illegally, but ICE declined to detain him. Barletta and two state lawmakers criticized ICE's decision because the man had Access cards, used to collect welfare benefits, in two names. Information subsequently surfaced that the man had been arrested three times in 2008: once for slapping a woman in West Hazleton; once for speeding and driving without a license in Butler Township; and for public drunkenness and once for disorderly conduct in Hazleton.”

As it happens, a classic case of the toxic fruits of this malfeasance surfaced on Saturday elsewhere in Barletta's district:

“Within hours of a Mexican man living here illegally trying to abduct a local 12-year-old girl, law enforcement officers scooped up 15 other Mexicans boarding at two city apartment complexes and working for a company that does surveying for the natural gas industry, federal and local authorities said Friday.”

“Officials with the U.S. Attorney's office in the Middle District confirmed to the Sun-Gazette the processing of the alleged illegals had not taken place Friday and they didn't know whether it would or when it would happen.

“ICE scoops them up, detains them and calls us if they want,” an attorney with the court said. Attempts to reach ICE at its public law enforcement support center also were unsuccessful.”

If the Obamacrats get their wishes, nothing!

It has long been VDARE.com's position that operating the economy by maximizing the importation large numbers of young men who do not speak English, housing them in often poor conditions, but giving them cash, is inevitably going to produce problems of one sort or another. It is a strategy which a wise Government would minimize.

Furthermore oil shale development is a rare area of growth in this unprosperous area of Pennsylvania. Why do illegal Mexicans get these jobs?

Ask the parent of their employer, GPX Surveys of Texas. 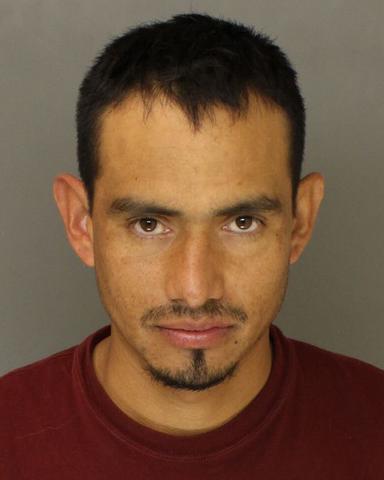