Diversity Is Strength! It’s Also…Rep. Bill Pascrell Trying And Failing To Make Everyone Happy In What Used To Be America 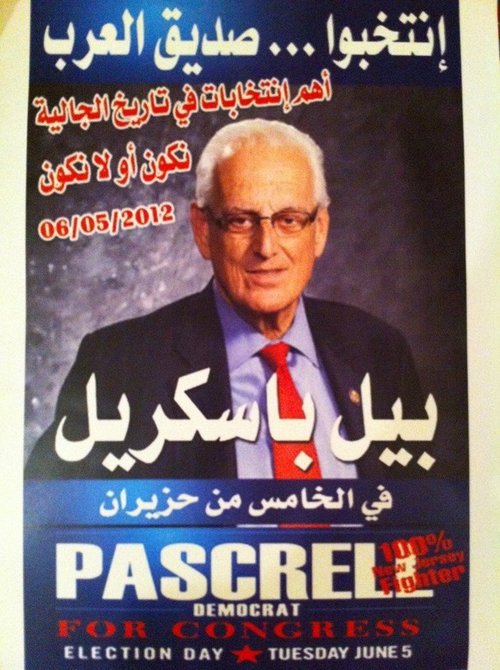 Isn’t it wonderful to see diverse immigrant communities working together for a common goal? Unless the common goal is simply to get the American military to go kill their tribal enemies—who are the “Americans” sitting on the other side of the room.

This stirring example of diversity in action is playing out in the once-American state of New Jersey. Longtime Democratic Congressman Bill Pascrell (NJ-9) recently held a town hall meeting in Clifton featuring a crowd heavily divided between Zionist Jewish-Americans and anti-Zionist Muslim-Americans.

A self-described proud Zionist went to the microphone and raised his voice over the boos of fellow Jews when he said the Israeli government was “in bed with the Republicans” and dedicated to disrespecting Obama.

The Palestinian sympathizers in the audience clapped and cheered as the boos swelled.

“I never broke a law or a rule in 18 years,” the congressman shot back. “My record is spotless.

Pascrell, 77, is a very old-fashioned politician and former mayor of Paterson. He hails from that school of politics built around distributing goodies provided by the taxpayer to all the various interest groups that make up the Democratic coalition. But now he has to contend with groups that are irreconcilably hostile to each other.  It shows in town meetings and in his election campaigns.

In fact, Pascrell owes his current seat to his ability to exploit ethnic divisions. After 2011, Pascrell’s district was consolidated with a neighboring one represented by former Congressman Steve Rothman (D). Both Pascrell and Rothman had nearly identical liberal voting records, concurring 97% of the time. But this similarity made the differences that remained more important—in this case, demographics.

Rothman’s base was in more affluent Jewish communities while Pascrell, the grandson of Italian immigrants, appealed to more polyglot and ethnically diverse communities, including many Middle Eastern immigrants. Ethnic enclaves in Paterson (also known as “Little Ramallah,”) are infamous in the state for reportedly cheering the September 11 attacks. (Up to eleven of the nineteen 9/11 hijackers lived in Paterson at one point.)

The battle between Pascrell and Rothman became, as Yori Yanover of The Jewish Press put it, “the first bona fide Jewish vs Arab competition, and an ugly one at that.” One source noted: “For the first time in recent American political history, we are witnessing a proxy battle between supporters and detractors of Israel, and it’s playing out in the Ninth District of New Jersey.’” [Arabs attacking Jews in NJ Primary, December 12, 2012]

Pascrell openly exploited these divisions. His campaign material called on the “Arab diaspora community” to “elect the friend of the Arabs.” It was enough to bring him victory—but also the condemnation of Zionist groups.

Now in office and running for reelection, Pascrell must satisfy two groups that are indifferent to fellow “Americans” but intensely concerned with priorities thousands of miles away. Having won by appealing to the Arabs, he has to double back to mollify pro-Zionist campaign contributors and voters. At the same time, he needs to keep his anti-Israel supporters on his side.

The result are town meetings like the one in Clifton. Political tribal warfare in a city no longer recognizable as anything “American” is a direct consequence of mass immigration and multiculturalism.

And even a politician as cynical as Pascrell can ride the tiger for only so long.

And the Republican Party? In the 2014 election, in this 7.1% black district, it is opposing him with a black educator, Dr. Dierdre Paul.