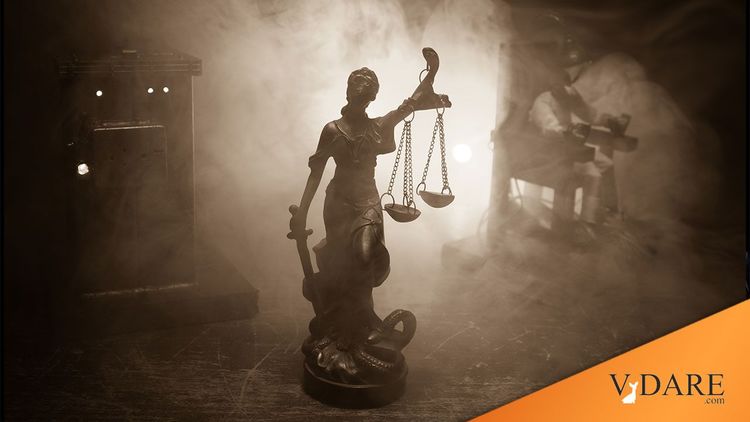 Acting on his loss of confidence in the criminal justice system, Gov. George H. Ryan (R, IL) commuted the death sentences of all 156 inmates on Illinois' death row to life in prison. The governor's unprecedented action has brought condemnation from prosecutors, law-and-order conservatives, and victims' families.

Haunted by "the demons of error" that inhabit the criminal justice system and produce countless wrongful convictions, Gov. Ryan stopped executions on his watch in order to dramatize the point that capital punishment requires a higher correlation between conviction and guilt than presently exists in the justice system.

Gov. Ryan's blanket commutation is not without injustice as some of those whose lives he has spared are clearly guilty.

On the other hand, his stand is consistent with the highest principle of justice as exemplified by famed jurist William Blackstone's dictum that it is better that ten guilty men go free than one innocent be imprisoned (much less executed).

Gov. Ryan is correct that the criminal justice system must be refocused on justice and turned away from the emphasis on conviction at all cost, regardless of innocence or guilt.

For good to come from Gov. Ryan's controversial action, it is important that two points be kept in mind:

(1) Wrongful conviction is not limited to capital crimes and is more prevalent in lesser crimes, and

In other words, the problem of criminal justice goes far beyond the death penalty.

Benthamites have marched through the justice system cutting down the principles that protected justice. The ancient principle that crime requires intent has been abolished. The prohibitions against retroactive law and bills of attainder have fallen. Torture has been reintroduced in the form of the coerced plea bargain.

The past week alone brought three Benthamite atrocities. In Fairfax County, Virginia, police are following Bentham's prescription of rounding up people who might commit crimes before the fact by arresting patrons in bars for having elevated blood-alcohol.

The Securities and Exchange Commission proposed a regulation that abrogates the attorney-client privilege by requiring corporate lawyers to rat on their clients.

In another rule proposal, the SEC wants to punish the innocent for the actions of the guilty by delisting from stock exchanges companies that do not have outside directors on their audit committees. Such delisting would harm innocent shareholders who would be unable to sell their holdings.

All of these actions are motivated by determination to nail malefactors, real or potential, regardless of the harm inflicted on the innocent. Law is trampled in the name of preventing someone from violating it.

Gov. Ryan has opened a needed debate, which, if we can keep our eye on the important issues, could restore justice to the justice system.

We must resist efforts to politicize wrongful conviction as a manifestation of racial or class bias. Black juries are actually more suspicious of prosecutorial misconduct than white suburban juries. Prosecutors have greater ease in framing white-collar defendants with arcane regulatory interpretations than they do framing the poor with well-defined common law crimes.

Plea bargains have to go, because most are coerced by prosecutors piling on charges until the accused cops a plea.

Law schools must again inculcate the ethic, so well expressed by George Sutherland and Robert Jackson, that the prosecutor's duty is to see that justice is done, not to win convictions in order to justify a budget or further a career with high-profile convictions.

If we fail in these tasks, Gov. Ryan's gesture will have been in vain.