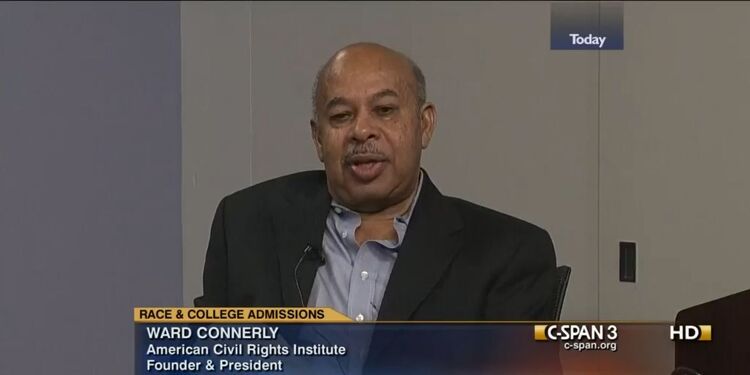 Before the vote in March 2004, I suggest that Californians and all of us would do well to consider the case of France.

According to Article 1 of France's 1958 Constitution, "France is an indivisible, secular, democratic and social Republic. It assures equality before the law to all citizens without distinction of origin, race or religion."

In practice, this translates into a fastidious refusal to collect data on race, religion, or ethnicity. From the perspective of French law, only the citizen counts 3/4 literally.

If the RPI passes, the same will be true for California. But has the French experience has been a happy one?

France, like California, has been transformed by recent waves of non-European immigration. Following the Second World War, France began recruiting labor from its colonial holdings in Africa and Southeast Asia. With the passage of family reunification legislation in the mid-1970s, this labor immigration gave way to a population immigration unprecedented in French history.

Though the jobs that first drew them to France are long gone, the immigrants and their descendants have stayed on. Mainly concentrated in the suburban ghettos, or banlieus, that ring every French city, they today form a massive, culturally distinct, and badly alienated segment of the national population.

Since the French state refuses to keep statistics by race and ethnicity, however, little is known about this other France.

Reliable data on immigration-driven population change, for instance, simply does not exist. Like any other state, the French government keeps statistics on foreigners - an estimated 3.4 million live in France. Once those foreigners become citizens, however, they disappear from the statistical radar.

Recent reports of a "little baby boom" are a case in point. After a long period of decline, French birth rates have over the past few years begun to climb back towards replacement level. This has led to a rash of newspaper articles claiming to detect a change of attitude among well-educated twenty-somethings. For reasons that no one quite understands, maternity is back in fashion.

Or so it is said. In fact, the available data does not support this (or any other) interpretation. The growth in the birth rate might just as plausibly be a reflection of the growing number of young people in France from cultures in which early marriage is the norm. In any case, as long as statistics are not kept by race and ethnicity, the identity of France's prolific new mothers will remain a mystery.

Refusing to keep data on race and ethnicity also affects how social problems are understood. This is particularly striking in the case of crime. According to the French government, 29% of the inmates in France's booming prisons are foreign nationals. It is widely believed—but, thanks to the refusal to track domestic populations, unverifiable—that the children of immigrants form a majority of those remaining.

Growth in the prison population is in part driven by a recent epidemic of youth violence: arson, gang rape, and armed assault are daily occurrences in the banlieus. Are the highly visible and aggressive North African gangs that roam French cities responsible?

Most would say "yes". And yet, due to the lack of official data by racial and ethnic group, the discussion never rises above the level of anecdote.

What holds for crime and incarceration holds for poverty, unemployment, drug addiction, and a host of other questions. One is reminded of an announcement frequently heard in the Parisian metro: "Pickpockets are believed to be at large in the metro. Exercise caution." Well, are they in the metro or aren't they? If they are, why don't you do something about it? If they aren't, what's the point of scaring the passengers?

Evidence of integration is similarly constrained by the government's refusal to keep statistics by race and ethnicity. Graduation rates and rates of intermarriage are important indicators of social integration. When these are not tracked, it is that much more difficult to measure the success of efforts aimed at drawing ethnic minorities into the national community.

In a well-integrated nation-state, none of this would likely matter. But France is today not one nation but several. In multi-ethnic societies, social problems are often systematic by race and ethnicity: some groups are always at greater risk than others. Unless the French government is brought to recognize this fact and take it in hand—first and foremost by keeping closer tabs on domestic populations—it will have lost control of the national future.

Perfect information is of course no guarantee of democratically responsible government (just look at the American case!). Where there is no information, however, one cannot even begin to imagine reform.

"Yes," supporters of the RPI will point out, "but at least France does not practice affirmative action!" But as the case of California itself shows, public institutions don't need racial or ethnic statistics to carry on discriminating. Proposition 209 effectively put an end to the quota and point-system discrimination of traditional affirmative action. And yet, six years on, racial preferences are alive and well in California.

By banning the collection of data by race and ethnicity, the RPI will do nothing to advance the cause of racial equality in California. It will, however, mean ruling out—as France already has done—the very possibility of responsible democratic discussion on a whole range of issues.

What does California get in return?

David Orland [email him], a columnist for www.boundless.org, lives in France.