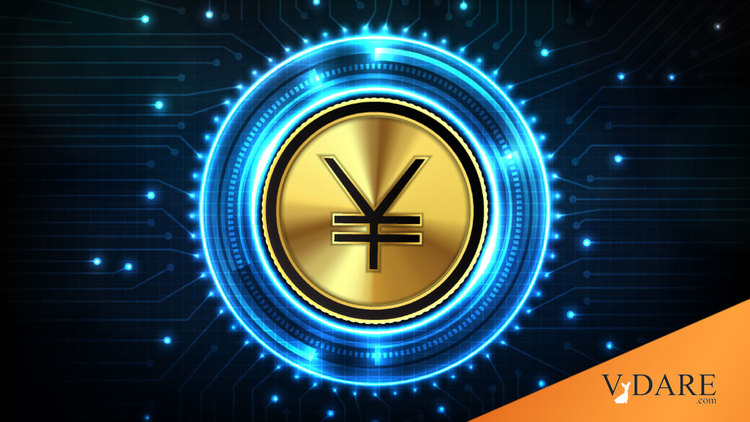 Twenty-four hours after I reported China's announcement that China, not the Federal Reserve, controls US interest rates by its decision to purchase, hold, or dump US Treasury bonds, the news of the announcement appeared in sanitized and unthreatening form in a few US news sources.

The Washington Post found an economics professor at the University of Wisconsin to provide reassurances that it was "not really a credible threat" that China would intervene in currency or bond markets in any way that could hurt the dollar's value or raise US interest rates, because China would hurt its own pocketbook by such actions.

US Treasury Secretary Henry Paulson, just back from Beijing, where he gave China orders to raise the value of the Chinese yuan "without delay," dismissed the Chinese announcement as "frankly absurd." [Another Shot in Currency Fight Chinese Threaten Divestment , by Krissah Williams, August 9, 2007]

Both the professor and the Treasury Secretary are greatly mistaken.

First, understand that the announcement was not made by a minister or vice minister of the government. The Chinese government is inclined to have important announcements come from research organizations that work closely with the government. This announcement came from two such organizations. A high official of the Development Research Center, an organization with cabinet rank, let it be known that US financial stability was too dependent on China's financing of US red ink for the US to be giving China orders. An official at the Chinese Academy of Social Sciences pointed out that the reserve currency status of the US dollar was dependent on China's good will as America's lender.

What the two officials said is completely true. It is something that some of us have known for a long time. What is different is that China publicly called attention to Washington's dependence on China's good will. By doing so, China signaled that it was not going to be bullied or pushed around.

The Chinese made no threats. To the contrary, one of the officials said, "China doesn't want any undesirable phenomenon in the global financial order." The Chinese message is different. The message is that Washington does not have hegemony over Chinese policy, and if matters go from push to shove, Washington can expect financial turmoil.

Paulson can talk tough, but the Treasury has no foreign currencies with which to redeem its debt. The way the Treasury pays off the bonds that come due is by selling new bonds, a hard sell in a falling market deserted by the largest buyer.

Paulson found solace in his observation that the large Chinese holdings of US Treasuries comprise only "one day's trading volume in Treasuries." This is a meaningless comparison. If the supply suddenly doubled, does Paulson think the price of Treasuries would not fall and the interest rate not rise? If Paulson believes that US interest rates are independent of China's purchases and holdings of Treasuries, Bush had better quickly find himself a new Treasury Secretary.

Now let's examine the University of Wisconsin economist's opinion that China cannot exercise its power because it would result in losses on its dollar holdings. It is true that if China were to bring any significant percentage of its holdings to market, or even cease to purchase new Treasury issues, the prices of bonds would decline, and China's remaining holdings would be worth less. The question, however, is whether this is of any consequence to China, and, if it is, whether this cost is greater or lesser than avoiding the cost that Washington is seeking to impose on China.

American economists make a mistake in their reasoning when they assume that China needs large reserves of foreign exchange. China does not need foreign exchange reserves for the usual reasons of supporting its currency's value and paying its trade bills. China does not allow its currency to be traded in currency markets. Indeed, there is not enough yuan available to trade. Speculators, betting on the eventual rise of the yuan's value, are trying to capture future gains by trading "virtual yuan." The other reason is that China does not have foreign trade deficits, and does not need reserves in other currencies with which to pay its bills. Indeed, if China had creditors, the creditors would be pleased to be paid in yuan as the currency is thought to be undervalued.

Despite China's support of the Treasury bond market, China's large holdings of dollar-denominated financial instruments have been depreciating for some time as the dollar declines against other traded currencies, because people and central banks in other countries are either reducing their dollar holdings or ceasing to add to them. China's dollar holdings reflect the creditor status China acquired when US corporations offshored their production to China. Reportedly, 70% of the goods on Wal-Mart's shelves are made in China. China has gained technology and business knowhow from the US firms that have moved their plants to China. China has large coastal cities, choked with economic activity and traffic, that make America's large cities look like country towns. China has raised about 300 million of its population into higher living standards, and is now focusing on developing a massive internal market some 4 to 5 times more populous than America's.

The notion that China cannot exercise its power without losing its US markets is wrong. American consumers are as dependent on imports of manufactured goods from China as they are on imported oil. In addition, the profits of US brand name companies are dependent on the sale to Americans of the products that they make in China. The US cannot, in retaliation, block the import of goods and services from China without delivering a knock-out punch to US companies and US consumers. China has many markets and can afford to lose the US market easier than the US can afford to lose the American brand names on Wal-Mart's shelves that are made in China. Indeed, the US is even dependent on China for advanced technology products. If truth be known, so much US production has been moved to China that many items on which consumers depend are no longer produced in America.

Now let's consider the cost to China of dumping dollars or Treasuries compared to the cost that the US is trying to impose on China. If the latter is higher than the former, it pays China to exercise the "nuclear option" and dump the dollar.

The US wants China to revalue the yuan, that is, to make the dollar value of the yuan higher. Instead of a dollar being worth 8 yuan, for example, Washington wants the dollar to be worth only 5.5 yuan. Washington thinks that this would cause US exports to China to increase, as they would be cheaper for the Chinese, and for Chinese exports to the US to decline, as they would be more expensive. This would end, Washington thinks, the large trade deficit that the US has with China.

This way of thinking dates from pre-offshoring days. In former times, domestic and foreign-owned companies would compete for one another's markets, and a country with a lower valued currency might gain an advantage. Today, however, about half of the so-called US imports from China are the offshored production of US companies for their American markets. The US companies produce in China, not because of the exchange rate, but because labor, regulatory, and harassment costs are so much lower in China. Moreover, many US firms have simply moved to China, and the cost of abandoning their new Chinese facilities and moving production back to the US would be very high.

When all these costs are considered, it is unclear how much China would have to revalue its currency in order to cancel its cost advantages and cause US firms to move enough of their production back to America to close the trade gap.

To understand the shortcomings of the statements by the Wisconsin professor and Treasury Secretary Paulson, consider that if China were to increase the value of the yuan by 30 percent, the value of China's dollar holdings would decline by 30 percent. It would have the same effect on China's pocketbook as dumping dollars and Treasuries in the markets.

Compare this result with China dumping dollars. With the yuan pegged to the dollar, China can dump dollars without altering the exchange rate between the yuan and the dollar. As the dollar falls, the yuan falls with it. Goods and services produced in China do not become more expensive to Americans, and they become cheaper elsewhere. By dumping dollars, China expands its entry into other markets and accumulates more foreign currencies from trade surpluses.

Now consider the non-financial costs to China's self-image and rising prestige of permitting the US government to set the value of its currency. America's problems are of its own making, not China's. A rising power such as China is likely to prove a reluctant scapegoat for America's decades of abuse of its reserve currency status.

Economists and government officials believe that a rise in consumer prices by 30 percent is good if it results from yuan revaluation, but that it would be terrible, even beyond the pale, if the same 30 percent rise in consumer prices resulted from a tariff put on goods made in China. The hard pressed American consumer would be hit equally hard either way. It is paradoxical that Washington is putting pressure on China to raise US consumer prices, while blaming China for harming Americans. As is usually the case, the harm we suffer is inflicted by Washington.