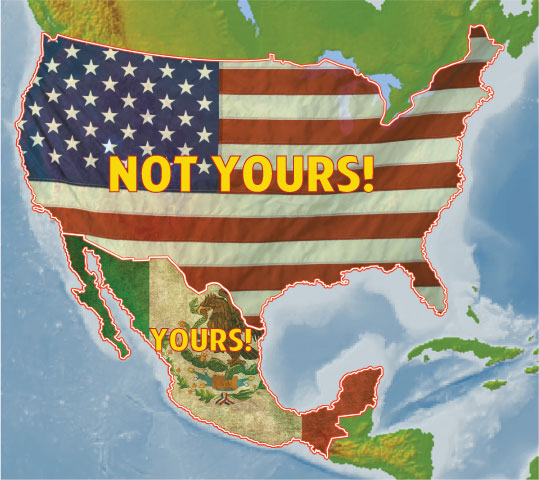 Feb 2nd is the anniversary of one the greatest victories in our history — the American victory in the Mexican war and the Treaty of Guadalupe Hidalgo.

This was the victory that gave us the American Southwest and let us say that our country stretched "from sea to shining sea."

What we won was a largely empty desert.  What our people built was an economic and technological powerhouse that is the envy of the world.

Of course, politicians today — both Republican and Democrat — are doing their best to give away what Americans of the past purchased with their blood.  Our borders are utterly undefended.  Illegal immigrants parade under foreign flags in some of our greatest cities.

Honor our troops - especially those brave American soldiers who fought for our flag in the Mexican conflict.

Show the world that we are still the same people who won the Mexican war.  And send a message to the politicians that we won't give up our country.

Donate generously to the VDare Foundation.

Help us build a grassroots force that can put a stop to this treason within our own government.  And commemorate the great victory in the Mexican War by laying the foundation for the great American victories of the future.