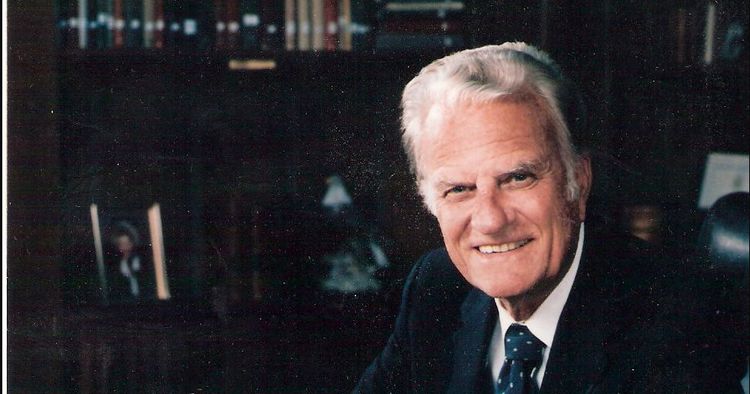 B. Graham vs. B. Ginsberg

If anybody had a bad weekend last week, it was probably the Rev. Billy Graham, who at the ripe age of 83 finds himself slapped in the face by various private remarks he uttered 30 years ago. The comments were made to President Richard Nixon in what a more naive world once really considered "privacy." Little did the clergyman imagine he was being recorded.

Whatever Mr. Graham had to tell Nixon about God was quickly forgotten; what made the headlines last week and led him to issue an immediate—and cringing—apology was what he had to say about Jews. "Although I have no memory of the occasion," he sniveled, "I deeply regret comments I apparently made in an Oval Office conversation with President Nixon." The comments "do not reflect my views, and I sincerely apologize for any offense caused" by them.

But why does Mr. Graham feel the need, obviously overpowering because issued so quickly, to apologize? The factual core of what he said 30 years ago was essentially true—and worth thinking about.

Aside from various offensive wisecracks about Jews from Nixon, chief of staff Bob Haldeman and Mr. Graham, coupled with asseverations that all three really liked Jews and had Jewish friends, the main brunt of the conversation was that "Jews dominate the media." As a matter of fact, that's more or less true—and significant.

As Jewish historian Benjamin Ginsberg notes in his "The Fatal Embrace: Jews and the State" (University of Chicago, 1993), "The chief executive officers of the three major television networks and the four largest film studios are Jews, as are the owners of the nation's largest newspaper chain and most influential single newspaper, the New York Times." He later notes the "elite newspapers—in which, as it happened, Jews also had significant influence, most significantly the New York Times and the Washington Post."

Professor Ginsberg isn't the only one to say what the most powerful man in the world in his conversation with Mr. Graham said, "I can't ever say." In 1996, Michael Medved, an Orthodox Jewish film critic, wrote in the Jewish magazine Moment,

"It makes no sense at all to try to deny the reality of Jewish power and prominence in popular culture. Any list of the most influential production executives at each of the major movie studios will produce a heavy majority of recognizably Jewish names."

Hollywood isn't the same as the news media, of course, but it's probably far more influential.

Well, what difference does it make that Jews "control the media" — or, more accurately, have disproportionate influence in it? Nixon's and Haldeman's complaints in 1972 were that Jews are liberals or leftists and were trying to wreck the administration. They cited by name the White House correspondents employed by the major papers and NBC News, all of whom were Jewish.

This brings us back to Professor Ginsberg.

"With their special stake in domestic programs and spending," he writes,

You can approve of this little factoid, or you can rant and whine about it like Nixon and his pals, but facts remain facts.

The larger truth to which such facts point is that a great deal of the dominance of liberalism in the news and entertainment media—not to mention culture and politics generally—is, quite simply, due to Jewish influence. It's well known that American Jews vote Democratic (70 percent or more every four years) and have been prominent in liberal or left-wing causes (e.g., the ACLU, the NAACP, not to mention the New Left and the Communist Party—check out Professor Ginsberg on that too).

Neo-conservative Irving Kristol once cracked that Jews are the only ethnic group with the income of Episcopalians and the voting behavior of Puerto Ricans. The blunt truth is that American liberalism, in the days of Nixon as today, is powerful in large part because Jews are powerful.

There are strong historical reasons for that, of course, and there are many exceptions (not all Jews are on the left; most on the left are not Jews), but the fact remains that liberalism would be nowhere near as powerful and as well-entrenched in the United States today if it were not for the Jewish power that entrenches it.

Mr. Graham called it a "stranglehold," and neither he nor the president of the United States was willing or able to say it out loud. Now that it has been said, we need to know they were right — and to think, rather than rant and whine, about what it means.