This is Virginia Dare!

We already knew Europeans didn’t have free speech. That’s not a surprise. But it turns out, you aren’t even allowed to criticize foreign heads of state in Europe.

Angela Merkel’s Germany is reportedly investigating a broadcaster who repeated jokes about Turkish President Recep Tayyip Erdogan on German television. The investigation comes at the request of the Turkish government. Naturally Merkel’s government continues to proclaim its support for free speech, even as it hastens to serve the interests of one of the most repressive states in the world.

Of course, this isn’t the only thing the German government is doing. Merkel famously told Facebook’s Mark Zuckerberg to help censor social networking of any posts critical of the government’s immigration policy. Zuckerberg agreed and recently gave a speech criticizing Donald Trump for standing in the way of a supposed “global community.” How will this global community be policed to ensure tolerance and multiculturalism are maintained? We are getting a sneak preview, as German police are even now raiding apartments and homes to arrest people for criticizing the Islamic invasion of their country.

Can countries opt out of this? Well, no. Poland recently elected a conservative government which promised not to accept Muslim refugees. No one is questioning the legitimacy of the government’s electoral victory. Nonetheless, the European Commission is declaring it will soon accuse the nation of undermining “constitutional democracy” unless the government starts accepting the rulings of Poland’s highest court.

Americans know what that means, as our society has been radically changed over the past half century because of the courts simply inventing law, especially when it comes to immigration. (Remember how Prop 187 in California was simply tossed out?) What makes this even worse is that this initiative was supported by the so-called center-right coalition in European, the European People’s Party. 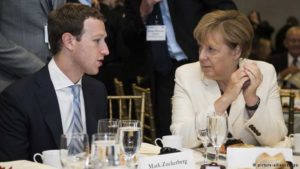 So let’s review. You aren’t allowed to criticize your own government. You aren’t allowed to criticize Islamic foreign heads of states. If you somehow win an election, the real power is unelected left wing bureaucrats in another country. And all the while, the demographics of your own country are slowly changed through mass immigration, until political victory is literally no longer possible.

There’s a word for this kind of arrangement. That word is occupation. For all the talk about spreading democracy and the rule of law. As it stands, no voting majority, no constitution, no sovereignty, no tradition, and no elected body is allowed to stand in the way of completely transforming the population of every single Western nation. Let’s not mince words. What exactly is the difference between the situation we have now and something like military conquest?

And America is no different. A recent report indicates 358 Muslim refugees are being shipped to the United States per week in what is being called a “Syrian Surge” with a goal of 10,000 by September 30 set by the Obama Administration. Why are we doing this? What benefit does it give the American people? To even ask these questions is to show the absurdity of the policy. And, needless to say, the Republicans in Congress and the Beltway Right are doing nothing to stop it. They’re too busy fighting tooth and nail against Donald Trump.

Immigration is the defining issue of our time. Many conservatives may choose not to believe this, instead focusing on the Constitution or the free market or whatever their pet issue is. But fundamentally, the nation is the people. And what we are witnessing is an almost fanatical dedication by those who rules us to literally replace is. If that occurs, every policy conservatives favor will become instantly irrelevant. More importantly, everything that makes America, and the West, what it is will cease to be.

For that reason, we encourage Americans and Europeans in 2016 to become, like Ann Coulter said, single issue voters. It’s not just that immigration affects every other issue. It’s that this campaign of dispossession against us is something more than just politics. It’s a campaign of hatred directed against our very existence. And immigration patriotism is increasingly less a debate over a policy than a struggle of national liberation against an enemy occupation.