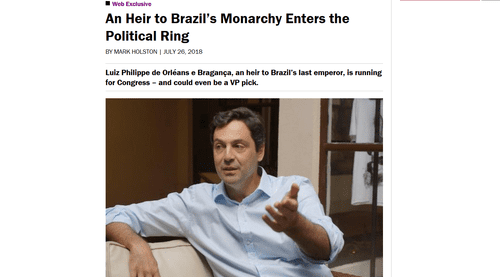 As we all know, one of the main reasons leftists support mass immigration is because immigrants, especially from the Third World, tend to vote for socialist policies. Though it is somehow dismissed as “racist” when we say it, leftists openly brag about creating a “permanent progressive majority” via mass immigration, or, as Peter Brimelow puts it, “electing a new people”. [Black, brown and progressive: A new voter majority in the US, by Sonali Kolhatkar, Telesur, February 19, 2016].

Many immigration patriots speak of “Brazil” as what the American future will look like if mass immigration is not stopped, as if we’ll reach the Brazil point and somehow stabilize there.

But it doesn’t stabilize, even in Brazil. The upcoming presidential election there features Jair Bolsonaro, who is known as “Brazil’s Trump.” Bolsonaro has been a fierce critic of failure migration from Venezuela, as refugees from that country’s failed far-left experiment flee the so-called Bolivarian Republic. Bolsonaro is also advancing a vision that right-wing populists in the United States might recognize. His strong stances on crime and scorn for the political establishment are especially attractive to voters in that beleaguered country.

Here’s a quote from an article in The Week, describing his rise:

Bolsonaro is in favour of loosening Brazil’s gun control laws and is staunchly anti-abortion, winning him the support of millions of evangelical Christians who could be crucial in a closely fought campaign…

Like the US president, his stump speech often contains promises to shake up the status quo, fill his cabinet with military officers and take Brazil out of the Paris climate accord.

Brazil is, if nothing else, an unwieldly polity. The more affluent south has a smoldering secession movement for a so-called “Republic of Sao Paulo,” which occasionally draws headlines with a protest or referendum effort [Brazilian separatists want ‘Republic of Sao Paulo,’ Sputnik, April 10, 2018]

There’s also widespread frustration and even anger with a political establishment that seems indifferent to crime and corruption. Bolsonaro has been very effective in cultivating those emotions. As one article describing his appeal found:

Bolsonaro was building a base of conservative Brazilians who felt ignored — or maligned — by the post-dictatorship establishment. “It was ridiculous; politicians acted like the right didn’t exist at all,” said Beatriz Kicis, a prominent Bolsonaro supporter. The 2000s and early 2010s were a prosperous period for Brazil, but they also saw a big expansion of government, rising street crime, and corruption scandals under the leftist Workers’ Party. In that climate, Bolsonaro’s diatribes earned him admirers in much the same way Trump’s embrace of “birtherism” first caught the attention of American conservatives. “It’s a legitimate revolt against those who have control over media, politics and culture,” said Rodrigo Constantino, a Veja columnist….

Bolsonaro has linked corruption with rising street crime under a broad umbrella of rule of law. It’s a message that resonates in a country with more than 60,000 homicides per year and an economy that has shrunk 10 percent on a per-capita basis since 2014.

[System Failure: Behind The Rise of Jair Bolsonaro, by Brian Winter, Americas Quarterly] 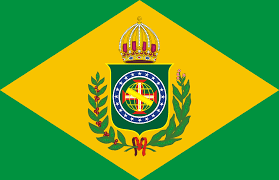 Just as in North America and Europe, the establishment is resorting to censorship as a way of maintaining control. Facebook is shutting down accounts linked to the quote-unquote “right wing” [Facebook cracks down on right-wing group in Brazil ahead of elections, sparking outrage, RT, July 26, 2018]. Despite this, for the first time in a long time, Brazil has a real political right. ra

Even the heir to the imperial throne is backing Bolsonaro. And he sounds a lot like the man some people jokingly call our own Emperor!

Before pleasantries had run their course, Luiz Philippe de Orléans e Bragança launched into one of his favorite themes, sounding very much like Donald Trump as he commented about the recent influx of impoverished Venezuelans and Haitians into Brazil. “You can now come into our country without any documentation whatsoever,” he stated in perfect English, “and that creates tremendous havoc for security. If you don’t have control of any kind over migration, your country can simply be over-run and your territory is no longer valid as a sovereign place for your own people.”

Hey, anything is possible. Even the reconstituted Empire of Brazil.

Progressives who imagine immigration will simply end political debate by overwhelming conservatives demographically have it backwards. Diversity makes society more divided, government more dysfunctional, and civil involvement more perilous. While a Third World America may destroy conservatism, it won’t replace it with a progressive utopia. It will just replace it with a ramshackle conglomeration that may ultimately have to turn to a strongman just to maintain some semblance of order. Of course, I would rather we just keep the America the Founders created, the constitutional republic we were given by our forebears.

And in order to do that, we need common sense immigration control, and politicians willing to put America First.