I’m Virginia Dare and this is Radio VDARE.

Well, it looks like there’s a push to finally raise some money to build a border wall. The border wall is needed, before anything else, simply as a national security measure, to prevent terrorism and infiltration by dangerous individuals.

Pakistan is pushing for the completion of a fence along its disputed border with Afghanistan — and it wants the U.S. to help pay for it.

Less than 10 percent of the fence planned along the 1,456 miles (2,343 kilometers) of mountainous border with Afghanistan has been completed so far due to financial constraints. Even so, Pakistan Foreign Minister Khawaja Muhammad Asif said the barrier should be finished by the end of 2019.

“It won’t cost them much,” Asif said of the U.S. in an interview on Feb. 2 in Islamabad. “The war is costing them much more.”

[Pakistan to Trump: Pay for our border fence to reduce terrorism, by Chris Kay, Kamran Haider, and Khalid Qayum, February 9, 2018]

So much for America First.

Now, Pakistan’s lobbying doesn’t mean that we are actually going to have to pay for this. But the signs are not encouraging if you look at our past history.

For example, Jordan built a giant security wall to keep out terrorists. But they didn’t pay for it. The Obama Administration spent about half a billion dollars of our money to pay for this fence. In other words, as Steve Sailer observed, Jordan got America to pay for its wall.

Other Middle Eastern countries are also building security walls. Saudi Arabia is building a giant security wall to keep terrorists out. And Israel of course already has a highly effective security wall. Both of these nations receive foreign aid from the United States [State Department Quietly Releases Fiscal Transparency Report, by Teresa Welsh, US News, February 6, 2015].

Hungary has largely been able to stop its illegal immigrant invasion with an effective border fence. The fence is condemned by human rights groups, not because it doesn’t work, but because it does.

As a recent report from the American Enterprise Institute makes clear, countries around the world use border walls and fences to secure territory [Trump’s border wall is standard practice in other parts of the world, by Michael Rubin, AEI, January 23, 2018]. And the use of such defenses are becoming more common all the time.

Even Wakanda, the fictional black homeland of “Black Panther,” is marked by its massive border wall. In the comics, the titular character, who is king of this black African ethnostate, speaks openly of how he restricts immigration and puts his own people first, even letting people starve below his walls. 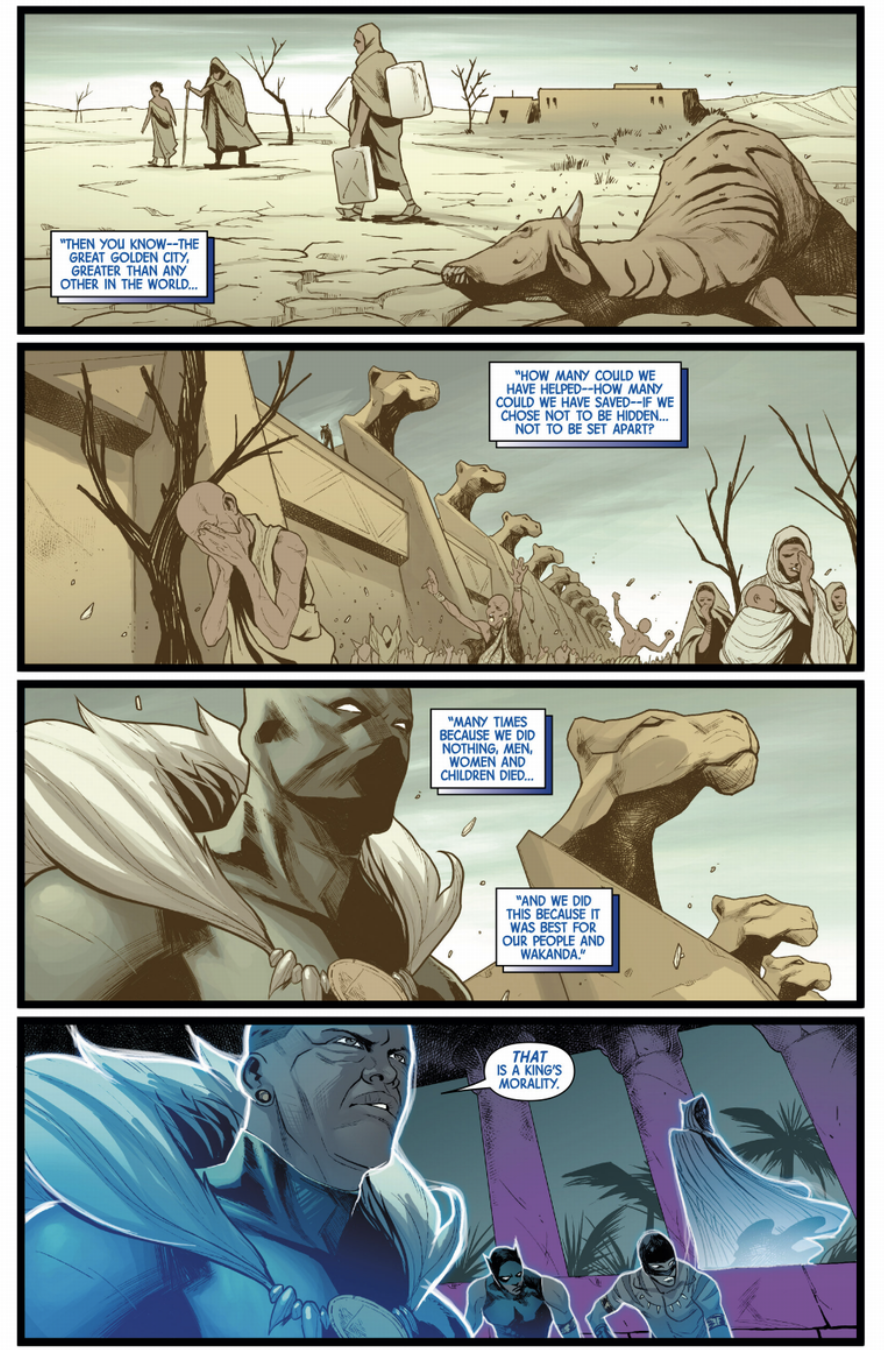 Of course, Wakanda isn’t real, though a number of journalists and celebrities, quite disturbingly, seem to believe it is. But that’s not the point. Just about everyone knows a border wall is an effective and common-sense way of controlling unwanted migration, even in fantasies.

Almost all the opposition to an American border wall is in bad faith. As this is written, the Republican-controlled Congress, which for some reason is still at the mercy of the Democrats, is still debating about how to fund the border wall. Now, if we had elected officials who were sincerely interested in the well-being of the country, everyone would be supporting a border wall. It’s one of the few things this country should be doing. But we don’t have that.

President Trump has repeatedly made the comparison to Israel’s border wall, but he needs to more explicit. He needs to ask certain elected officials who support Israel, like Democratic Minority Leader Chuck Schumer, why it is permissible that Israel have a border security wall (paid for with American foreign aid) but America cannot. And President Trump can change the debate on the issue by sticking to his campaign promise and making Mexico pay for it by insisting on a remittance tax.

No one is opposed to walls. No one seriously believes they won’t work. No one is even opposed to American taxpayers funding them. The usual suspects are just opposed to building a wall that will help Americans. Perhaps President Trump should ask why.