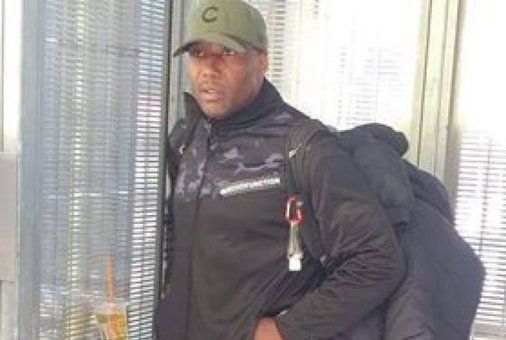 Why Was "Chicago Man" Who Threw Woman On Train Tracks Not Still In Jail? When CWB Chicago tweeted about this, Second City Bureaucrat tweeted back "lol the rap sheet."

The man who knocked a woman onto the Red Line tracks at Belmont in 2018 has been sentenced to eleven years in prison.

Melvin Doss pleaded guilty to attempted murder in a deal with prosecutors that resulted in the dismissal of several other felony counts.

After the incident, the victim told CWBChicago that she was on the northbound platform when she saw a man urinating nearby around 4 p.m. on June 1, 2018.

“He told me to f-ck off. I took a picture of him and he said, ‘I’m going to kill you, b-tch.’ I flipped him off and started walking away.”

Of course, any attempt to interfere in any way with black behavior is a violation of  the late Lawrence Auster's  Rules on How to Protect Yourself from Black Violence and White Political Correctness. If she had succeeded in having a cop arrest him, she would have seen herself on the internet as a Pee Police Patty, assuming she's white. (The story doesn't name her, because she's the victim, and it doesn't say what color she is.)

Instead, she was knocked to the tracks and nearly died.

Doss punched the 48-year-old victim in the head, causing her to fall onto the L tracks below. Police said her head struck a rail and she broke her arm by trying to cushion the fall.

“I fell off the platform and landed headfirst on the tracks,” she said. “A bunch of people ran to the edge of the platform, motioning me to go over there so they could pull me up. I was really shaky and couldn’t get up on my own. A couple guys jumped down, helped me up and walked me to the platform.”

Here's what Second City Bureaucrat meant about the rap sheet:

The "lol" part about the rap sheet is that if you do the math, you get a number that says he was still supposed to be in jail when he committed each subsequent offence.

They just kept letting him out earlier. That's the Chicago Way. This time he's been sentenced to 11 years for an offence committed in 2018, and he may be out again before the end of Trump's second term.