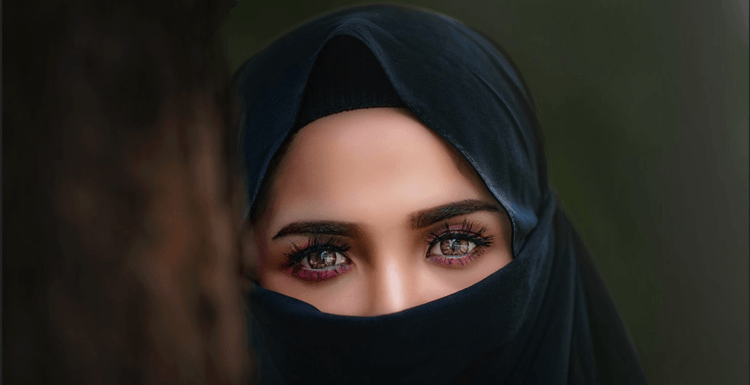 Under The Hijab, Contempt for The Law

From Britain comes yet another tale of the irreconcilable clash between "diversity" and the rule of law. A criminal court suspects that a female Muslim juror was, instead of listening to the evidence in a murder trial, listening to her MP3.[British juror arrested after listening to music under hijab, AFP, Jul 9, 2007]

It's entirely possible for Western jurors to tune out the lawyers while appearing to remain awake, true. But are we helping things by allowing a garment that basically functions as a traveling privacy tent? I suspect that the juror's cavalier attitude toward the proceedings may have also been helped along by her natural disconnectedness from British society. As a Muslim woman in a far-off land, why should she fret about the fate of the probably British victim or defendant (I presume, given the description of a pensioner in a 50-year marriage), or care for upholding the tradition of trial by jury? I don't pretend to be a sharia law expert, but I don't think "trial by jury" is included.

In my own practice, I've had potential foreign-born jurors confidently explain to me that they don't want to serve on an American jury because they don't like or understand the American system of law (hey, join the club, but...) One woman began her lecture to me and opposing counsel by stating, "Well, in MY country..." MY country? Lady, you've been called for jury duty in New York State! (Both New York State and the United Kingdom require jurors to be citizens, not just legal residents.) This is where you live! In the middle of this same jury selection, a female Muslim juror popped up from her chair, arranged her prayer carpet on the tile floor and presented us all with her rear end, presumably because we were facing Mecca. I felt like I was in the middle of a multicultural circus instead of a solemn legal proceeding.

Trial by jury, and the broader rule of law in a democratic society, does not require perfect agreement amongst the citizenry. But it at least requires agreement on the process of dispute resolution. With immigration insanity, we have lost that.