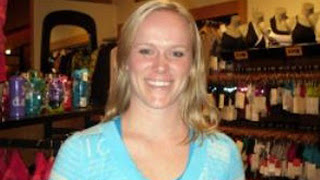 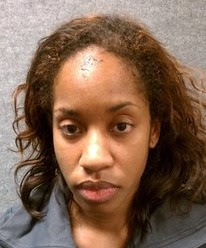 A September 2 pre-trial hearing and an October 24 trial date have been set for Brittany Norwood. Note the two comments below the article at Bethesda Patch.

the four young people in Wichita nor the murders of Eve Carson and Anne Pressley. It goes on and on and we pretend not to notice the trend.

It's not clear that you understand the term "hate crime". It's more than just having a suspect and a victim of different races. And citing two other cases that do not fit the definition of "hate crime" either (except in the right wing echo chamber) does not validate your claim. This is Bethesda, please take your ignorant talking points elsewhere.

[N.S.: I posted the following response at Patch Bethesda.]

How do you know that Pelayo doesn’t “understand the term ‘hate crime,’” Frank? Pelayo cited four different cases in which young whites were targeted and horribly murdered by blacks, based solely on the color of their skin. The only way you could deny that they were hate crimes is if you played word games such that no atrocity committed by a black against a white ever counted as a hate crime. Otherwise, you’re lost.

And which two of the four cases Pelayo cited, pray tell, were hate crimes? You have no bloody idea what Pelayo or I am talking about, because you’ve never read about the cases. You think he cited only “two other cases”!

And what about the Kirkwood Massacre? Or the Winchester Atrocity (here and here? How about the Pearcy Massacre (here and here)? Duh? You have no blessed idea what I’m talking about.

You have devoted no time to studying these cases, yet you have the unmitigated gall to tell people who have that they are “ignorant.” You have nothing but racism, ignorance, and arrogance. [NS: All links added after the fact.]