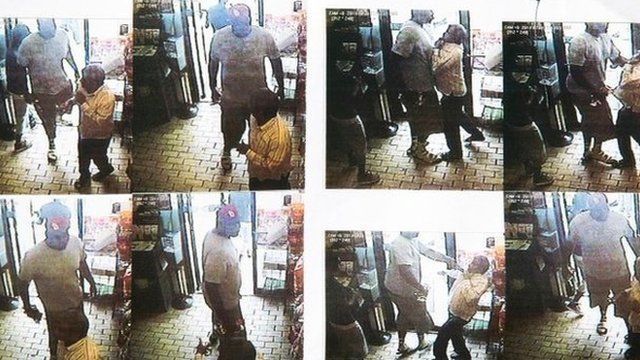 Should Eric Holder be Indicted for Ferguson Cover-Up?

Earlier Saturday, in a new sign of discord among the authorities over the handling of the investigation into Mr. Brown’s death, the Justice Department said that it had opposed the release of a video that the Ferguson Police Department said showed the teenager apparently involved in a robbery at a convenience store.

The Justice Department asked the Ferguson Police Department not to release the video because of concerns that “it would roil the community further,” a United States law enforcement official said on Saturday. The Ferguson department released the video on Friday and the Justice official said it “occurred over the objection of federal authorities.” The official said a copy of the video had been in possession of federal investigators, as well, “and there were never any plans by the federal investigators to release that copy.”

The dispute showed further divisions among the authorities in the handling of the case. The surveillance video appeared to show Mr. Brown stealing a box of cigarillos. Shortly after the release of the video, Captain Johnson expressed his displeasure, saying he had not been told that the police planned to release it.

Mr. Brown’s family and many protesters accused the police of trying to harm the teenager’s reputation and to divert attention from the officer who killed him. [Police in Ferguson Arrest Protesters Who Defied Curfew, By Julie Bosman and Alan Blinder, August 17, 2014]

Obviously, at the moment the conventional wisdom is: “Well, of course, what could be more public-spirited than for the Administration to keep the public in the dark about what really happened?”

The Democrats have made clear in recent months that their strategy for the November elections is to encourage black turnout by ginning up racial rage against whites. To you and me who are familiar with the homicide statistics, the Administration’s and media’s campaign to convince volatile black potential voters that their boys are being hunted down and slaughtered en masse by white racists may sound like lunacy of the most dangerous sort.

But there are some very sharp people among the Democrats, and Michael Brown’s death was a gift to them. Unfortunately for them, the video of Brown engaging in hotheaded criminality moments before his death is deflationary toward their pyramid of paranoia.

At minimum, the American citizenry needs to find out: How high up did the cover-up conspiracy go? As was often asked 40 years ago, “What did the President know and when did he know it?“