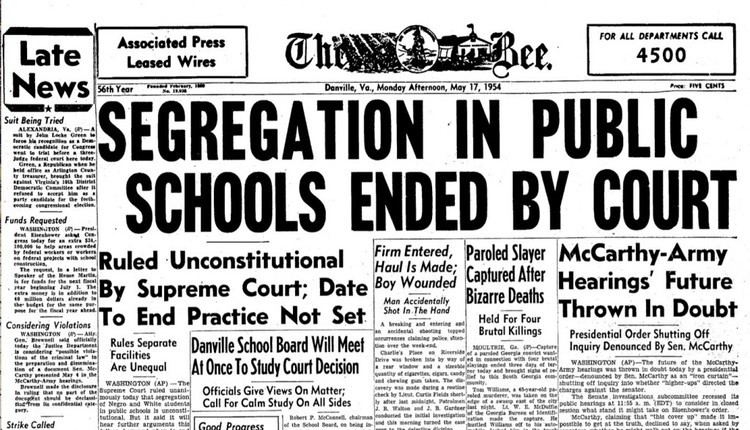 Expert Consensus On Brown Vs. Board ...Or Else!

When Senator Max Baucus made a speech in 2009 claiming that there was "a broad consensus among legal scholars" that the individual mandate was constitutional, law professor Ilya Somin disagreed.

"It probably is true that more constitutional law scholars believe that the mandate is constitutional than believe the opposite. But this simply reflects the fact that most constitutional law professors, like most other academics, are overwhelmingly left of center."The Myth of an Expert Consensus on the Constitutionality of an Individual Health Insurance Mandate Ilya Somin, Volokh Conspiracy, December 23, 2009

Whether law professors agreed or disagreed, U.S. District Judge Roger Vinson didn't agree—the Individual Mandate was struck down in court recently. However, as Professor Orin Kerr pointed out in a later post, there are two opinions about the constitutionality of almost everything. In The Myth of an Expert Consensus on the Constitutionality of Anything [Volokh Conspiracy, December 23, 2009] he wrote

But why the exception for Brown Vs Board? It's true that it was a unanimous decision in 1954, but

See Coming Clean About Brown by Richard E. Morgan, City Journal Summer 1996, (impeccably mainstream) and Brown vs. Board, Govt. vs. People: The Curious Course Of The Desegregation Wars, March 24, 2009 and Brown vs. Board vs. the U.S. Constitution.on VDARE.com. So with all that against it, why is Brown the only decision that Orin Kerr can think of that everyone who's a law professor agrees on? I can answer that—law professors think Brown is constitutional...or else.