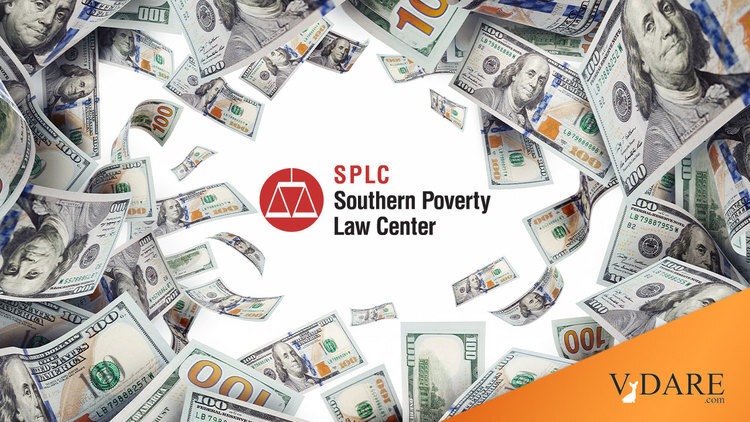 CIS Defends Itself From $PLC, Triangulates

An anonymous friend reports from a recent CIS press conference:

The Center for Immigration Studies press conference highlighting their backgrounder Immigration and the SPLC: How the Southern Poverty Law Center Invented a Smear, Served La Raza, Manipulated the Press, and Duped its Donors by Jerry Kammer was pretty much what you would expect from CIS: a lot of really good stuff, mixed in with a lot of triangulation.

Krikorian opened it up noting that being called a racist is about the worst thing you can be called. He noted that serial killer Jeffrey Dahmer who cannibalized a number of African Americans felt compelled to assure the victim's family that he was not a racist.

Kammer's talk had some good stuff in there, but I was more struck by his calling National Council of La Raza president Janet Murguia a "wonderful woman" and saying that we should not be at all concerned that La Raza VP Cecilia Mu?±oz was given a high level appointment in the Obama Administration.

He also acknowledged there are some people on our side who really should be marginalized. Although he did not say John Tanton deserved to be in that group, he was unduly critical. While crediting Tanton for his initiative in helping create many patriotic immigration reform organizations (including CIS,) he suggested that Tanton has caused serious damage to the movement through some of his politically incorrect statements.

This is baloney. If it wasn't for Tanton, the $PLC would find someone else to be the great boogeyman behind the patriotic immigration reform.

Silverstein is well known for his scathing piece 2000 Harpers piece The Church of Morris Dees that greatly detailed how the SPLC scammed. ( see also The Southern Poverty Business Model and Southern Poverty: richer than Tonga )Among his most amusing anecdotes is how Morris Dees is from a Baptist family and his middle name "Seligman" was made in tribute to a Jewish family friend. Whenever Dees sent direct mail pieces to heavily Jewish areas, he signed it with his middle name so that they would think he is Jewish.

Silverstein made it clear that he had no real problem with the $PLC's stated mission. He called himself supporting something close to open borders and that his wife was a Dominican immigrant who may or may not have come here illegally. (I find it hard to believe that he never bothered to ask during their years of marriage.) While he said the $PLC tried to squelch free speech, he said that some anti-immigrant organizations and activists, he listed Joe Arpaio and the Minutemen, are bad and deserved to be "exposed."

Still, Silverstein's perspective is valuable. While I am more concerned with the $PLC's poisonous influence on political debate, the fact that they are scammers is reason enough to oppose them. People who more or less agree with the $PLC's take on policy issues are going to be taken more seriously when criticizing their business practices.

Carol Swain made the best comments. She was the only panelist to actually discuss that the $PLC is an anti-white organization noting "If you're white, you lose your right to protest." And while the other two speakers seemed to be perfectly happy for the $PLC to denounce anyone to their right, she specifically defended Peter Brimelow and Jared Taylor as people who she felt should be included in the debate-even if she disagreed with them on some issues. [See Jared Taylor's report here. ]