Yes, Virginia (Dare), There Is Such A Thing As White Genocide

Genocide: the deliberate and systematic extermination of a national, racial, political, or cultural group. -Dictionary.com

You see it called out in the comments sections on YouTube videos, on political websites and occasionally in letters to the editor. You see the term increasingly referenced in Conservatism Inc. videos. And you certainly see thehorrifying reality of it through the policies perpetrated by almost every government of the West. It’s “white genocide”—an idea popularized by former economics professor and Reagan Administration staffer Bob Whitaker, who recently passed away. As Whitaker noted, “genocide” does not necessarily mean killing. 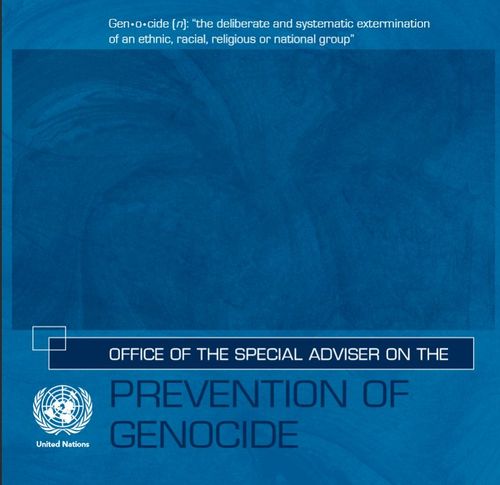 According to the 1948 Convention on the Prevention of the Crime of Genocide, the United Nations has a very interesting definition of genocide: “Any of the following acts committed with intent to destroy, in whole or in part, a national, ethnic, racial or religious group … ”

The relevance of this to the plight of whites, in the U.S. and worldwide, is obvious. Today, the hard reality is whites are being eclipsed. 28% of the world population in 1950, they are projected to fall to only 9.8% of the population by 2060. By 2050, whites will be a minority in both the U.S. and their indigenous homeland of Europe.

This “diversity” is only being inflicted upon white countries. As Hillary Clinton’s VP nom Tim Kaine put it: “I think the burden is on those of us who are in the majority — Caucasians. We have to put ourselves in a place where we are the minority.”

He doesn’t mean that metaphorically but quite literally. Kaine, for instance, supports Amnesty for illegal immigrants. He even gave a pro-mass immigration speech on the floor of the Senate in Spanish.

The white population of the United States will drop from 90% in 1940, prior to the infamous Hart-Celler Immigration Act, down to 46% by 2065 [America is in the middle of an extreme demographic shift, by Drake Baer, Business Insider, October 9, 2015]. Due to Leftist support of illegal immigration, the Latino population will begin displacing the whites in America. The Latino population will grow from 4.5% in 1970 to 24% in 2065.

The only question: whether this is a deliberate effort or not. Even a casual glance suggests it is.

Japan can have strict immigration laws to protect their bloodline and culture. Israel can have an ethnostate where non-Jews are treated as second-class citizens. But if Lefists see any population of white people, they condemn it as a moral abomination to be cured by “diversity.”

Indeed, white identity in and of itself is seen as unique evil. On college campuses, there are diversity officers and organizations specifically designed to promote black, Latino, gay, Jewish and Muslim identity politics. In communities around the country, you will find innumerable rallies or festivals in celebration of every conceivable cultural or racial identity. And when it comes to immigration policy, nonwhites demand Open Borders on explicitly racial or ethnic grounds. But white Identitarian movements are pathologized and those who practice even implicit white identity politics often suffer violent attacks.

The dispossession and replacement of the global white population in their own homelands is sometimes justified as supposed revenge for colonization, slavery and imperialism. Muslim immigrant Yasmin Alibhai-Brown, then of London’s Foreign Policy Centre, told The Guardian: “The empire strikes back really. There was this extraordinary assumption that white people could go and destroy peoples and it would have no consequence. It astounds me” [The last days of a white world, by Anthony Browne, The Guardian, September 3, 2000].

Of course, this is an implicit admission that Open Borders proponents know mass immigration is bad for whites—and support it for that reason. Also left unanswered: why European nations with no history of empire are forced to accept mass immigration and why non-European nations with expansive histories of imperialism and slavery (including of whites) are seemingly exempt from this historical burden.

In practice, “diversity” means deconstructing Europeans so that whites are ashamed to acknowledge or stand up for their own identity, even in the face of total dispossession and overt campaigns of hatred against them. At the same time, nonwhite identity and racial solidarity is actively cultivated and rewarded by powerful institutions in our society.

Not surprisingly, as white identity has been so thoroughly pathologized, whites are in spiritual as well as physical decline.

White poverty is all but ignored by the Main Stream Media. [White poverty exists, ignored, by Leonard Pitts, Jr., Miami Herald, October 5, 2014] Whites are experiencing epidemics of depression, suicide and opioid abuse, the so-called “White Death.” The U.S. white suicide rate spiked by 43% among white men ages 45 to 64 and 63% for women in the same age-range since 1999—while the suicide rate for black males actually fell [US suicide rate surges, particularly among white people, April 22, 2016].

Not only are these issues essentially ignored by those in power, when someone dares defend the interests of the white working class, they are vilified by the MSM and politicians alike. [No Sympathy for the Hillbilly, by Frank Rich, New York, March 19, 2017] Whites aren’t just being demoralized and demonized to the breaking point, they are mocked for seeking desperation solutions to this existential despair.

What’s more, even as their own numbers decline, whites are compelled to subsidize a huge population explosion in Africa and importing such massive numbers of Third Worlders that they threaten the survival of the white population. "More than half of global population growth between now and 2050 is expected to occur in Africa," said a United Nations report on World population prospects. "Of the additional 2.4 billion people projected to be added to the global population between 2015 and 2050, 1.3 billion will be added in Africa."

A study at Clemson University found that foreign aid from white countries has enabled this population growth [Does Foreign Aid Induce Population Growth? By David Cuberes and Kevin Tsui, Clemson University, July 2007]. At the same time, our leaders tell us we can't afford to have our own children and that more children are bad for the environment.

The African and Middle Eastern migrants flooding Europe are mostly young, military age males. According to a recent Pew poll 73% are males [Number of refugees to Europe surges to record 1.3 million in 2015, by Philip Connor, Pew Research Center, August 2, 2016]. And of course the surge in mass Third-World immigration has correlated with alarming increases in incidents of rape, particularly in more lenient countries like Germany and Sweden.

In Muslim occupied cities like Oslo, Norway recent police statistics have shown, “100 percent of assault rapes between strangers were committed by immigrant, non-Western males. And nine out of 10 of their victims were native Norwegian women. “

And following a wave of sexual assaults by migrants in Cologne, Germany taxpayer dollars were used to teach migrants how to flirt with white German women [How one German town is teaching refugees about sex, flirting with local women, Fox News, October 6, 2016]. The purpose of this was to encourage them seduce the European women rather than outright raping them.

From the perspective of the survival of Europeans as a unique people, the consequences are the same.

Many Leftists acknowledge this decimation of white people around the globe and crack jokes like, “What are you saying it’s difficult being the minority in a country?” Of course, what is left unsaid is every other people in the world will still have their homelands. Whites, and only whites, will have nowhere to go.

The numbers do not lie. The double standards cannot be denied. The demonization and campaigns of hatred by the MSM are no longer even concealed. And the policies which replace whites through mass immigration, export their jobs through outsourcing, and make it unaffordable to start families are achieving their planned results. The governments of the West are waging a campaign of slow extermination against their own core populations. It is white genocide.

And those who resist should no longer shy away from calling it what it is.