Trump Victorious As GOP Transformed Into A National Conservative Party

In the end, it wasn’t even close. Donald Trump won a crushing victory in Indiana with over 50% of the vote, leading Ted Cruz to suspend his campaign for President. To the shock and horror of the Conservatism Inc. Establishment (whom you could actually watch melting down in real time on Twitter), Donald Trump is the presumptive GOP nominee.

How much does Trump owe his Indiana victory to immigration? Exit polls ranked immigration as a top issue, but not the top issue, coming in well behind the Economy/Jobs, Government Spending, and Terrorism [Exit polls: Immigration not a top issue for Indiana Republicans, by Lisa Mascaro, CNN, May 3, 2016]. But this is misleading. All of the top three issues are directly related to immigration. Moreover, Trump’s views on immigration are part of a larger Nationalist Narrative which is attractive to voters. As one voter put it, Trump is “for us”. [Immigration, Social Security on the minds of Indiana voters on primary day, Fox News Latino, May 3, 2016]

And Trump’s own supporters certainly thought immigration was important. Exit polls showed slightly less than half of all Republican primary voters said most illegal immigrants should be deported to the country they came from. Of those voters, 64% voted for Trump, with 34% going for Cruz and only 1% for Kasich. [Indiana Republican Entrance/Exit Poll, CBS News, May 3, 2016]

The scale of Trump’s victory was such that it essentially ended the Republican primary race. And many commentators acknowledged, Tuesday night was a historic moment, marking the transition from a “conservative” Republican Party to a “nationalist, populist” one.

Chait blamed conservatives for not doing enough to tone-police their movement:

The paranoid mendacity of Joe McCarthy, the racial pandering of Barry Goldwater, Richard Nixon, and George Bush, the jingoism and anti-intellectualism of Ronald Reagan, George W. Bush, and Sarah Palin—all these forces have embodied the essence of American conservative politics as it is actually practiced (rather than as conservative intellectuals like to imagine it). Trump has finally turned that which was always there against itself.

Ignore the virtue-signaling and hysteria. Chait actually does have a sort of a point here. Conservatism Inc. always has to appeal to nationalism and populism to win elections. However, the point is that they didn’t actually mean it – it was simply a way to get the rubes to vote Republican. Once safely in office, the likes of Eric Cantor and Paul Ryan get back to cutting taxes for the rich, outsourcing jobs, opening the borders, and getting involved in pointless foreign wars.

He will not be the last candidate to understand this.

[The crisis in the Republican Party is even worse than it looks, by Josh Barro, Business Insider, May 3, 2016]

Trump did reject some of the elements of orthodox conservatism, notably support for so-called free trade and cutbacks for Social Security and Medicare. However, Barro and many of the #NeverTrump Conservative Inc. functionaries miss the mark when they say Trump is a truly dramatic departure from conservatism.

After all, Trump’s most stubborn opponent was Cruz, who aped Trump on both immigration and trade. Trump has been blasted by neoconservatives for calling for an America First foreign policy. 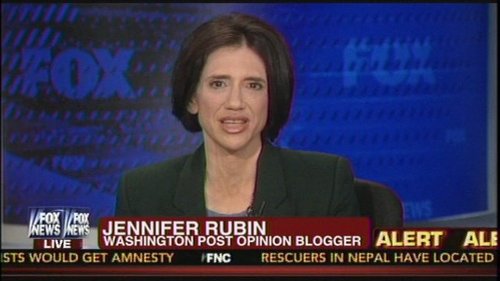 But the Washington Post’s Jennifer Rubin [email her],who for some unknown reason still postures as a “conservative,” blasted Ted Cruz back in December for the same reason—after Cruz used the America First phrase during a Republican debate, Rubin kvetched the Texas Senator had “sank further into the far-right brew of isolationism and xenophobia”. [Ted Cruz’s vision turns ugly, Washington Post, December 16, 2015]

More than any of Trump’s other opponents, it was Cruz who clung the closest to Trump throughout the primaries. All it enabled him to do was beat out Jeb Bush, Marco Rubio, or Jim Gilmore. Any attempt at a post-Trump purge of those forces who made Trump possible would have to start with Cruz himself.

Look again at some of the figures who’ve done the most to signal that Trump is acceptable, or even that he is preferable: Sarah Palin, Sean Hannity, Rush Limbaugh, Joe Arpaio, higher-ups at Breitbart.com, Bill O’Reilly, Ann Coulter. It isn’t as if no one warned the right about the dangers these people posed to their coalition. Few heeded the warnings. Until they recognize their error and grapple with it, they are unlikely to rebuild a coalition that is worthy of electing a president.

Obviously, it’s easy for Friedersdorf to make a career counter-signaling against the members of his own party. But it’s much harder to win an election. Assuming the likes of Friedersdorf could even purge the Hannities and Limbaughs of the world, who would still exist to mobilize the grassroots? How could this reformed Republican Party win elections? 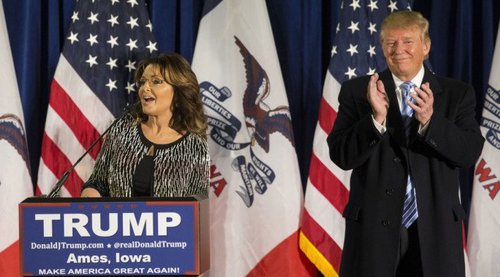 What’s more, Ted Cruz would not exist without figures like Palin or Limbaugh. Obviously, Friedersdorf doesn’t like Cruz much more than he likes Trump. But the #CruzCrew types swearing they will never vote for Trump don’t have much to go on other than their dislike of Trump personally. The main reason Cruz lasted as long as he did is because he tried to compete with Trump’s positions on National Question issues.

In the next few days, there will be plenty of commentary about the death of “moderate” Republicans. But it’s precisely grass-roots “moderate” Republicans who have been the most fanatic Trump supporters. What’s really happening is not the victory of some sectional candidate or some “anti-Establishment” figure. It’s a realignment within the Republican Party.

Trump is taking the nationalist impulses the Republican Party has used for years and putting them at the forefront of his new political movement. He’s downplaying some of the hardcore social issues which conservatives have already lost on anyway. He’s abandoning rhetoric about slashing programs which actually benefit the Republican Party’s core constituents. And he’s tapping into a Narrative of national redemption which is deeply felt all over the country.

There’s nothing about Trump’s message which is opposed to “conservatism” at its most primal level. Trump wants to preserve the cultural existence of the American nation-state. Conservatism Inc. defends “conservatism” as a word, but has utterly lost touch with the people they are supposed to defend. For all their invocations of “principle,” they appear entirely self-interested and corrupt.

Now, the Republican base has caught on. They have chosen to displace the Beltway Right entirely. And they don’t want the same old goofy slogans—but a nationalist movement that will actually fight for them.

It’s about time. After all, the “conservative movement” can’t say they weren’t warned.