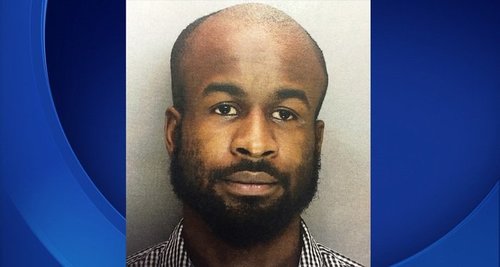 Step one: Find an expert with an impressive-sounding academic title to legitimize shoddy advocacy propaganda.

Meet Brian Levin. He's the one-man band behind something called the "Center for the Study of Hate and Extremism" at California State University, San Bernardino. The "center" (that is: Levin) claims to be "nonpartisan" and "objective." But he is a former top staffer of the militant, conservative-smearing Southern Poverty Law Center, leaving in 2002. SPLC was forced to apologize earlier this year after including famed black neurosurgeon and GOP 2016 candidate Ben Carson on its "extremist watch list" of hate groups.

The radical left-wing SPLC, whose annual "hate and extremism" report spawned Levin's sham "center," brazenly declared that its mission is to "destroy" its political opponents. Harper's Magazine writer Ken Silverstein called the SPLC and its work "essentially a fraud" that "shuts down debate, stifles free speech, and most of all, raises a pile of money, very little of which is used on behalf of poor people."

NBC News, The New York Times, the Daily Mail and Slate all quoted Levin over the past week hyping his new "study" (published in esteemed academic journal The Huffington Post) on an alleged "increase," "surge" and "spike" in "crimes against Muslims and mosques" this year.

Levin's "methods" of "analysis"? Stringing together "apparent hate crimes reported in the media and by civil rights groups across the United States." The Council on American-Islamic Relations' jihad-apologizing frontman, Ibrahim Hooper, was quoted by both NBC and The New York Times as backing Levin's "research."

"We're seeing so many of these things happening that it's unbelievable," Hooper told the Times.

The rest of the story: The suspect is 26-year-old Anthony Mohamed, whose father is Muslim. Authorities have so far refused to press hate crimes charges despite CAIR's demands. At a hearing this week, the cab driver denied in court that he had been subjected to negative comments about his religion before Mohamed allegedly shot him in the back. Court filings fail to mention any evidence of anti-Muslim bias in the case.

The rest of the story: Authorities arrested a local, 20-year-old Brodie Durazo, after he admitted spray-painting the temple, a tractor trailer and other property in the gang-infested neighborhood. "I have lived alongside this temple for many years of my life and have never once seen you as anything but a peaceful people," he told the temple-goers in a personal apology at the house of worship. "I just hope that you will see by my presence that all I want is for peace as well."

Not a menacing "bigot." Just a bored punk.

Both women are unidentified. Their unvetted stories were immediately publicized by, you guessed it, CAIR. "Both incidents were investigated by Hillsborough County sheriff's deputies," according to local Florida media, "though investigators said neither case involved definitive proof of a hate crime." In one case, the sheriff's office spokeswoman said, "It could have been road rage or just a misunderstanding." In the second case involving alleged shots fired at a vehicle, investigators said the woman "was not sure where or when" a bullet hole found on the car was made.

Step three: Attack the messenger. After I published a lengthy post on my blog outlining an epidemic of Muslim hate-crime hoaxes at colleges, mosques and businesses dating back to 2001, Levin took to Twitter to accuse me of "smears." The facts, which the rest of the media failed to inform readers about while hyping Levin's work this week, speak for themselves (see michellemalkin.com).[ “Backlash” b.s.: The myth of the Muslim hate crime epidemic, again, December 21, 2015 ]

Step four: Classify this article as "hate" and any media outlet that publishes it as a "hate group" so that other journalists shun the truth and continue perpetuating the hoax.